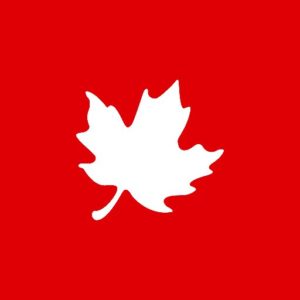 A B.C. naturopath’s use of an unlicensed remedy that is said to contain the saliva of a rabid dog has revived the debate about the regulation of homeopathic remedies and practitioners who give them to patients.

A naturopath on Vancouver Island gave lyssin, described as a heavily diluted form of rabid dog saliva, to a four-year-old boy who had been bitten by a dog a year earlier.

The case promoted recriminations from the medical community and an investigation by Health Canada, while public-health experts responded by calling for stricter regulations, including an outright ban on homeopathic remedies derived from viruses and other harmful substances.

Anke Zimmermann, a licensed naturopath, detailed the incident on her blog, explaining that she gave the child lyssin because he had demonstrated behavioural issues after the dog bite.

The Health Canada investigation found that the specific brand of lyssin Ms. Zimmermann used was not licensed for sale by the federal body, though five others with the same listed active ingredient − rabid dog saliva − have been approved. Ms. Zimmermann has told The Canadian Press that she was unaware that the lyssin from British manufacturer Helios Homeopathy was not permitted and that she would switch to a licensed product.

While Ms. Zimmermann is licensed by the College of Naturopathic Physicians of B.C., she also practises homeopathy, a less-regulated field based on the belief that “like cures like.” Homeopathy uses products called nosodes, which practitioners say are heavily diluted forms of substances that include rabies, cancerous cells, black mould and the smallpox virus. Health Canada has approved 8,500 homeopathic remedies.

“I believe all of these products that are purportedly based on infectious or dangerous material should not be classified as ‘medicines’ and should not be regulated as health products,” Dr. Henry said in an e-mail.

The BC Association of Homeopaths, which is separate from the self-regulating naturopathic college, defended Ms. Zimmerman’s use of lyssin in general in a letter sent to Dr. Henry.

“Because [nosodes] are prepared as a homeopathic remedy going through the process of potentization, as a result, the end product doesn’t bear any toxicity or infectious elements that would be a threat to the public,” the letter said.

Bernie Garrett, a professor at the University of British Columbia’s nursing school, said there is little oversight to guard against false medical claims.

“It’s absurd that these homeopathic remedies should be licensed for use when technically, they’re nothing more than water because of the dilution process,” Dr. Garrett said.

“But they still cause harm by delaying access to effective treatment and by causing people to lose money.”

Dr. Garrett said he worries that the public could be under the false impression that naturopaths and homeopaths receive similar levels of training that physicians or nurses do.

Health Canada has approved more than 70,000 natural health products since 2001.

Renelle Briand, spokeswoman for Health Canada, wrote in an e-mail that the issuance of licences for products does not equate to an endorsement for their use.

“Canadians want to have access to a wide variety of natural health products to maintain and improve their health,” Ms. Briand wrote, adding that complaints should be directed to provincial or territorial regulators.

The Protecting Canadians from Unsafe Drugs Act, also known as Vanessa’s Law, was passed in 2014 to close a loophole that prevented Health Canada from issuing mandatory recalls on any pharmaceuticals. But because natural health products were deemed too low-risk for this level of regulations, they were exempt.

In the same year, Health Canada requested the addition of statements on homeopathic nosode products to make it clear that they are not vaccines or alternatives to vaccines. It also required labelling changes on homeopathic cough, cold and flu products for children 12 and under.

“Health Canada recognizes there’s a problem. There’s a risk being ignored and that’s the risk of avoidance,” Mr. Kruse said.

“These self-regulated professions are based on magical thinking, and until provincial governments take responsibility to be the arbiter of what is scientific and what is not, the doors are open for any profession with a training program and standard of practice to make potentially deadly claims.”