A Journey in the Gastrointestinal Tract Ailments and Homoeopathic Management - homeopathy360 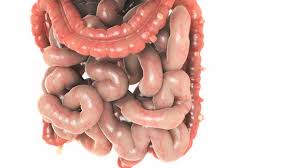 Abstract: Gastro Intestinal Tract (GIT) or alimentary canal is a tubular structure extending from mouth to anus which is about thirty feet in length responsible for ingestion, digestion, absorption of food particle; secretion of enzymes and removal of waste product. This system is very much prone to develop lots of disease; some are chronic and rest are acute. Acute condition sometime appears as emergency which may danger to life. Proper understanding of disease may help us to prevent it and logical use of Homoeopathic medicine may radical cure or relieve the suffering.

Twenty first century acts as a double edged sword on the modern civilization. In this era; a group of people are in rat race competition. This brings mental stress and strain which causes more hydrochloric acid secretion from GIT leads to develop lots of gastrointestinal disease. Other group of people live below the poverty line. They suffer from deficiency of nutrition and poor hygiene which invites numerous alimentary disorders. It is very difficult to find a person without any GIT suffering in his whole life.

This system secrets lots of local hormone with their definite function like Gerthelin; ‘hunger hormone’ which stimulates appetite & increase food intake. Cholecystokinin; which stimulate gall bladder to contract and release of stored bile into the intestine. Glucagon and Glicentin increases the blood sugar level.  Gastrin stimulates pancreas to release hormone and juice. Secretin and Gastric inhibitory peptide; decrease mortality and acid secretion. Another important hormone from GIT is Motilin which acts like housekeeper of the gut by increasing peristaltic movement and prepare the GIT for another meal. Disturbance of these hormones invite lots of GIT disorder.

Recently there are some research findings seen in mammal’s GIT, like stomach infection aggravate the symptoms of parkinson’s disease; traumatic event in early life may develop chronic indigestion and anxiety during adulthood; alteration in  tiny liver protein  ‘Small Valosin containing Interacting Protein (SVIP) may causes heart disease , cancer etc. Although all these findings have seen in lower mammal, there is a possibility to find them in higher mammal like human in coming future. These research work in other branch of science, directly or indirectly support Homoeopathy philosophy like importance of past history, totality of symptoms etc.

As per World Health Statistic 2016, 240 million people are chronically infected with hepatitis B. More than 7.8 lakh people died. Prevalence is more in Africa and Asia. In India 2-5% of population are affected.   Globally there are nearly 1.7 billion cases of diarrhoea in every year. Each year it kills around 7.6 lakh children below five years of age.   Cancer in the Liver, Stomach, Colon, Oesophagus, Pancreas and Oral kills more than 30 lakh people in the year 2014. 2.6 lakh including 85 thousand Indian are died due to Peptic Ulcer. World wise it is estimated that 10-15% of population has Irritable Bowel Syndrome. Mostly under age of 50 years but any age may be affected. In the year 2012 as estimated 8.7 lakh people are died due to contamination of drinking water.

Homoeopathy is the best mode of treatment in every case of alimentary disorder except the true surgical condition like peptic ulcer perforation. Each and every case should be individualized and treated with constitutional remedy according to principle of homoeopathy. Constitutional treatment not only corrects the present complaints but correct the tendency of disease also. “Constitutional medicine is nothing but a medicinal image parallel to the totality of the symptoms. It is not only the sum of the symptoms, but is in itself a grand symptom– the symptoms of the patient, developed since the moment of (intrauterine) conception.”7

“Give, if possible an acute remedy, which is not psoric, for acute cases and try to search first in the vegetable kingdom. Now if you cannot get such a remedy, you may give a remedy like Pulsatilla or Lachesis from the plant or an animal kingdom, if necessary. But for the beginning you may use Aconite, Belladonna, small remedies, good remedies- very high in standing when they cure, they are King of the situation- but still we call them small remedies, because their action is short. We do not risk any aggravation in engrafting something else on the system by repeating them. So that is why it is good to use them now. When you have an acute case, begin with a remedy from the vegetable kingdom.”7

Deep acting polychrest medicine may be used in acute phase but needs very carefulness regarding their prescription. We must try to find out the indication of acute phase in deep acting remedies before their utilisation.

► Cramping pain and distension in the abdomen > after passing stool.

► Urgency of stool; eight to ten times per day.

This lady lost her only son by an accident fifteen years back. Long continued grief and irregularities of diet leads to development of present complaints. Patient takes lots of drug in different system of medicine without any satisfactory result.

Laboratory Test: There is currently no specific diagnostic test for IBS.

After one month no change was observed. Prescribe Natrum Muriaticum 1M; one dose because higher potency sometimes work. After one month improvement starts very slowly. Prescribe placebo. Improvement continues but at the end of two months patient came to stand still condition. Prescribe same medicine in 10 M potency in single dose. Improvement continues for five months and depression, anxiety and grief subsided, no weeping tendency. Urgency of stool became two times per day. Pain in the abdomen relieved. But distension of abdomen is still present. Again repertories the case from J.T. Kent Repertory and cross cheeking from materia medica prescribe Sulphur 200, one dose. Improvement continues for two months. Now patient is completely free from all suffering.

This case was a chronic case with prominent mental symptoms. In chronic case when improvement continues use only placebo whatever may be the duration of action of the remedy; otherwise case became spoiled.

In developing countries like India, Bangladesh, Nepal; malnutrition and poor hygiene are most important factors to invite gastrointestinal disorder. This tract is the most common site for cancer. Sometimes acute disease of alimentary canal is life threatening. Skill of case taking, proper judgement of the condition, correct interpretation of sign, symptoms and sound knowledge regarding proper management of the disease makes easier to prescribe Homoeopathic medicine with great success.

Whatever may be the name of disease “every new case that we face is a mystery in itself, and when we open the door to begin the journey from the surface to the depth, from the body to the soul, from the human to the being, we find the result beyond expectation;” (7) because Homoeopath treat the patient not the disease.