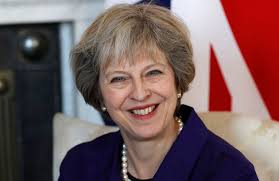 Theresa May refused to condemn the use of homeopathy in the NHS.

There is no scientific evidence that the alternative therapy works.

But when asked by “lunatic” Tory MP David Tredinnick at Prime Minister’s Questions whether she would endorse homeopathy, Mrs May stunned the Commons by dodging the question.

Official health service guidelines state that homeopathy remedies are no better than placebos and should not be used to treat any health condition.

However, instead of pointing this out to Mr Tredinnick, the Prime Minister said it was “the responsibility of the local NHS to make decisions on the commissioning and funding of healthcare treatments”.

The NHS spends £4million on alternative therapies each year.

Homeopathy uses extracts from plants or minerals which have been chosen on a “like cures like” theory developed in the 1700s.

An extract that causes headaches in high doses, for example, will cure them in small doses.

Dame Sally has previously described homeopaths as “peddlers”, adding that she was “perpetually surprised that homeopathy is available on the NHS”.