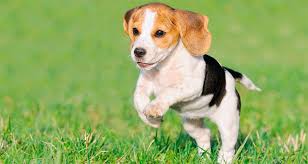 Spenser presented for diarrhea and vomiting as a 5 month old Cavalier King Charles Spaniel male in 1994. He had one set of vaccines at 6 weeks of age by the breeder. His diet is a combination of home prepared food and Petguard.

He is normally a complacent puppy. He likes to be close to his owner and usually follows her to different rooms whenever she is working. He likes to be in the same room but does not need to be in her lap. He usually sleeps on the wood floor during the day and in bed at night. He sleeps on top of the blankets. He is friendly (even submissive) to the adult dogs. His appetite is usually adequate but not overly hungry and his thirst appears normal.

He was vomiting and having loose stool for 12 hours. He vomited at the sight of food and after drinking. The diarrhea had a foul odor. Spenser was going off by himself, shivering and seeking warm areas. He growled at other dog when she came into his space. He did not appear to be clinically dehydrated.

Using a repertory (an index of symptoms and homeopathic remedies), Nux-v, Ars, Nat-m, Phos, Lyc and Puls were considered as possibilities.

Nux vomica (in tests) produces a desire to be alone, cold, grouchy and have G.I. signs.  One dose of Nux vomica 1M (a high potency) was given at 7:00 PM on the 4th and blood was drawn.

10:00 PM: Spenser came out of his kennel and drank a little water. There was no vomiting.

11:00 PM: he showed slight interest in a piece of turkey and took a few bites. He vomited it about 5 minutes later.  He was more social, not shivering and drank without vomiting. There was no stool. Since there was overall improvement even though he vomited the food, a second dose of Nux vomica 1M was given at 11:30 PM.

When he awoke at about 5:00 AM he was interested in the turkey again. He took a few pieces by hand and then went out with the other dogs and seemed to want to play. His appetite improved throughout the day and the remedy was not repeated as it seemed to be acting. By Thursday night the 5th (24 hours after the first dose of Nux-v.) he was well on the road to recovery. He would drink and eat small amounts and there was no vomiting. His stool was semi-loose.

He went on to make a full recovery over the next 48 hours even though the labwork was Parvo antigen positive.