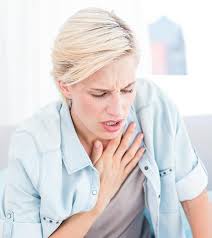 Patient presented with the complaint of breathlessness leading to cough since past 18 years.

Patient presented with the complaint of breathlessness leading to cough since 18 years. Breathlessness used to last for about 2-3mins and he used to get nearly 4-5 attacks in a month with watery expectoration and wheezing. Breathlessness is more at night, when there is change of weather, dust exposure and during intake of cold items and he is better during by allopathic medicine.

Bowel habits: once per day

Dreams: does not remember

: doesn’t use fan and blanket

No signs of pallor, cyanosis, icterus, clubbing, and lymphadenopathy

Life space investigation: Patient hails from a middle socio-economic status family. His father was a businessman and mother was a school teacher. The relationship between his father and mother was not good, always fighting and then when he was about 4 years they got divorced and he was very sad & gloomy. His mother was also sad and depressed after divorce. Her husband was irresponsible and thus they decided to separate. This was the time as per patient that he started with respiratory problems. After all this, he stopped mingling much with others but was close to some of the friends only.

As days passed on, he stopped thinking about past events and was happy with his friends and family. Once his mother decided to marry again, she asked his permission and he said like it’s your life, you can get married. He felt that since so many years’ mother was suffering at least now let her have a better life and was happy for her. But the relationship with his stepfather was not good. Patient says as a person he is good, but he could not accept him as father and had superficial relationship. Later his mother delivered a baby boy. His relation with siblings is good and he loves his brother a lot. But he also has a feeling that the love shown by stepfather to his brother was never shown to him. He also feels that the relationship between his mother and stepfather is not good and same way fights have started as before. Thus he feels that what if they get divorced, he doesn’t want his brother to suffer same way as he suffered.

But patient says that he respects his mother a lot as she has gone through so much of pain and struggle in life but she never showed it to him. He feels sorry for his mother.

He mingles with friends. Even though they are having bad habits, he never crossed limits and did not learn any bad habit from them. If they fought he could not see it, somehow he used to resolve the fight and see to it that they don’t fight.

Patient as a person:

He has a feeling of loneliness and very sad about what has happened in his life. He feels why me? Why I have to suffer?  Before he used to be alone during childhood, now mingles with people, seeks for company, cannot see anyone fighting, gets angry but keeps it for himself, doesn’t want to share his feelings and sadness to others.

During case taking: patient cried while narrating about his family issue.

-early age of onset (since childhood)

-external allergens have a strong role

R/o – external allergens has no role

Overall exercise is better in patients with stable asthma, yoga

R/o –   there is no obstinacy, marked brooding, as the patient is a kind of person who does not think before executing any work just do it and also unable to see any fight (peace maker), self-pity

Patient named Mr. B, aged 20 years old presented with the complaints of breathlessness and wheezing with cough and was diagnosed as bronchial asthma. The case was taken in detail and constitutional approach was followed, and the patient was treated with Mag. carb 200 and has improved with the treatment.

From this case, I want to convey to all the budding homoeopathic healers that, each patient teaches us homoeopathy, there is learning from every single patient. Homoeopathic system is like an ocean. There is lot of treasure hidden in it. Homoeopathy is not magic. Homoeopathy is not miracle but its mathematics. I can say that because the exact match and exact permutation and combination gives you the result i.e. Nothing but the cure. It’s all about hope for the hopeless.