Homoeopathy, a boon for haemophilia patients: Camps on April 28 and April 29 - homeopathy360 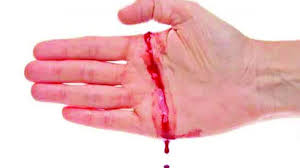 Haemophilia is a mostly inherited genetic disorder that impairs the body’s ability to make blood clots, a process needed to stop bleeding. The disorder results in people bleeding longer after an injury, easy bruising and an increased risk of bleeding inside joints or the brain. The project ‘Homoeopathy in Haemophilia’ started in December 2007 is recognized by National Institute of Immunohaematology, KEM Hospital, Mumbai, with the aim to aid people suffering from haemophilia, during bleeding and non-bleeding phase, said Prof (Dr) Tapas Kumar Kundu, Professor of Medicine, Motiwala Homoeopathic, Medical College and Hospital, Nashik. Prof Dr Kundu is organizing charitable camps for haemophilia patients since last 11 years. So far, 350 such camps are organised by Dr Kundu and his team of doctors in cities like Nashik, Surat, Thane, Amravati, Nagpur and Mumbai.

One such camp will be held in city on April 28 at MLA Hostel and on April 29 in Amravati.

Talking to The Hitavada, Dr Kundu stated, the cost of treatment of haemophilia by conventional methods is very high. The project ‘Homoeopathy in Haemophilia’ has helped the patients to decrease the cost of treatment. The monthly camps are organised at all these centres purely of charitable basis. About 1,100 patients have been treated through these camps.Dr Kundu explained, “Haemophilia is a X linked genetic disease caused by the deficiency of factor VIII (Haemophilia A) or factor IX (Haemophilia B). The disease impairs the body’s ability to control blood clotting or coagulation. The gene for the disorder is inherited from the mother. Females are therefore almost exclusively carriers of the disease.

While these disorders are typically congenital and present from the birth, in rare cases, they may acquire it at some point later in life due to various health complications. The modern management of haemophilia includes infusion of deficient coagulating factor (factor VIII OR factor IX). But the repeated factor infusion may result in development of antibodies in the human serum which subsequently requires infusion of Fieba. It also carries the risk of transfusion related diseases like Hepatitis C or HIV.” The conventional treatment for haemophilia is based on providing the deficient factor in required amount through parental sources. This has its own principle of working in the body with specific period of action.

The homoeopathic medicine helps individual by enhancing the body’s ability to response to the injuries in terms of faster wound healing and reducing the time of bleeding.With subsequent follow-ups homoeopathic medicines reduce the frequency of bleeding episodes like haemarthrosis (bleeding in joints), bleeding from gums or nose, etc. The deficient factor level is difficult to rise to an optimum level but the other mechanisms of the body can be made competent enough to take the place of missing one. The resistance of body increases to nullify the other hazardous effects caused by deficient factor or repeated factor transfusion. Thus it can safely be employed during bleeding and non-bleeding phase. Homoeopathic medicines neither negate the use of factor consumption nor interfere with its infusion, he added.