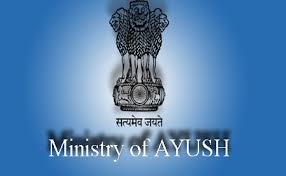 As part of its efforts to promote education and research in traditional systems of medicine, the Union ministry of Ayush has tweaked the norms to fast-track the permission process for opening Ayurveda, Siddha, Unani and Homoeopathy medical colleges in the country. The ministry has also changed the timeline for renewing recognition of existing medical education institutions.

The Establishment of New Medical College Regulations 2003 stipulates that the government should receive applications in the month of April and dispose of them by March 31 of the subsequent year. But many stakeholders had raised objections to the present cumbersome process which made it difficult to complete procedures in time. The changes in rules are expected to address this issue.

Regarding recognition of existing colleges, the councils should conduct inspections and submit reports between January 31 and March 31 and the ministry will issue its decision before May 31.

The Central government, after receipt of applications, should do the preliminary scrutiny for eligibility criteria including application fee, no-objection certificate of the state government concerned and the consent of affiliation of the university. The governing councils should inspect colleges to verify compliance with the letter of intent before sending their recommendations to the ministry.

Though the councils have the right to propose amendments, the new guidelines will remain in force until such changes are approved by the government.

The ministry move to boost the traditional medical education system comes on the heels of its ambitious plan to set up Ayush medical colleges in each district of the country. Union minister of state for Ayush Shripad Naik has assured Rs. 12 crore financial support for each of these colleges. A plan to set up a separate university for Ayurveda is also in the pipeline.
With the present central government’s renewed focus on traditional systems of medicine, the Ayush sector in the country is on a growth trajectory. According to Naik, in the last few years there has been a 5 per cent increase in the number of Ayush practitioners. The count has gone up from 7,36,538 in 2014 to 7,71,468 in 2016.