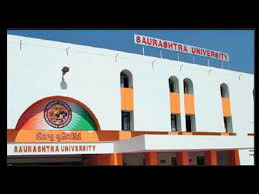 RAJKOT: In a glaring example of corruption gnawing at the education system, a massive cash-for-admissions racket has been busted in the Saurashtra University (SU) wherein undeserving class XII students made it into three homeopathy colleges using fake marksheetsof various universities of India.

The scam, which has been thriving since 2012, was unearthed by a probe committee of the SU which conducted an investigation for last two months after suspicion was raised about five students who got Bachelors In Homeopathy Medicine and Surgery (BHMS) degrees last year.

The racket was allegedly masterminded by Dr Amitabh Joshi, dean of SU’s homeopathy department and principal of city-based BA Dangar Homeopathy College, which is affiliated to SU. The probe committee report as quoted several students as saying that Dr Joshi charged anything between Rs 3.5 lakh and Rs 7 lakh per admission.

The committee, which released its report on Monday, has found that 41 students are studying in three homeopathy colleges affiliated to the SU – two in Rajkot and one in Amreli – on the basis on the fake marksheets since 2012. Not only were the marksheets of Vinoba Bhave University, Hazaribaug, University of Delhi, South Campus and BRA Bihar, Muzaffarpur forged but the scamsters also made bogus approval letters of the Central Council Of Homeopathy (CCH), which works under the AYUSH ministry and no-objection certificates from the universities.

According to the report, an admission agent named Kadri from Khambhalia town of Devbhoomi Dwarka district was allegedly involved in making the fake marksheets. The other two colleges in which such students got admissions are BG Garia Homoeopathy College in Rajkot and Vasantben Vyas Homeopathy College in Amreli.

Kirit Pathak, spokesman for SU, said, “We will soon lodge a police complaint against the 41 students, Dr Joshi, principal of Amreli college and all others whose names crop up in further probe.”

INTRODUCTION The symptoms of renal stone are related to their location whether it is in the...