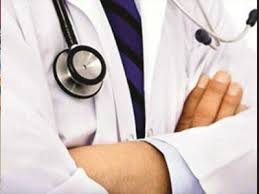 JAIPUR: Ayurveda, Unani and Homeopathy doctors were seen sweeping roads near Shahid Smarak at Government Hostel on Wednesday as they were demanding increase in their honorarium.

Ayush doctors said that they opted for a peaceful way of protest by holding brooms and cleaning the roads. “We have organising here Vishal Swachta Karyakaram. Doctors left stethoscope today and held brooms,” an agitating doctor said.

AYUSH doctors, who claim to be getting lowest honorarium in the country protest on city roads. There are around 2000 Ayurveda, Unani and homeopathy doctors who are working in the government hospitals in the state.

AYUSH Medical Association Rajasthan (AMAR) claimed that they are getting honorarium of Rs16,800 per month which is lowest in the country. They threatened to sweep roads as a mark of protest. AMAR office bearers said that home guards are getting Rs22,000 honorarium, nursing staff get Rs26,500, pharmacists get Rs23,500 honorarium.

They pointed out that they have played important role in Rashtriya Bal Swasthya Karyakram (RBSK), in conducting screening of children for broadly defects at birth, diseases in children, deficiency conditions and developmental delays. RBSK, an innovative and ambitious initiative, which envisages Child Health Screening and Early Intervention Services, a systemic approach of early identification and link to care, support and treatment. This programme subsumes the existing school health programme.