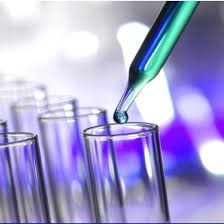 Abstract: Infectious diseases are very common in our country as well as other developing countries and it accounts about 50% of all diseases. Antimicrobial agents are very helpful in reducing the global burden of infectious diseases. Now days, drug resistance to human pathogenic bacteria has been reported from every part of the world.

Aim: The aim of this study was to evaluate antibacterial activity of Mercurius solubilis in all potencies in vitro for their activity against staphylococcus aureus isolates.

Materials and Methods: Nutrient broth media for bacterial growth was used and then Mercurius solubilis was added to evaluate the percentage of inhibition according to turbidity in all test tubes.

Result: All potencies showed inhibition of Staph. A. But, it was found that 10M of Mercurius solubilis is more effective for Staph. A growth inhibition.

For the past 200 years or so we are the preferred target for material existence, proof, recognition and modus operandi of Homeopathy. There are some areas where we lack or are being criticized. It is a heartfelt need to strengthen our science as per the scientific methods applied universally. This is the fundamental challenge in front of us now, so we must explore the hidden areas, define the flaws and open new horizons for future research. The main aim of research is to look into the matter in a scientific and rational attitude and the conclusions and benefits must be used for the development of skills, clinical practices and repertories.

Now days infectious diseases are very common in our country as well as other developing countries and it accounts about 50% of all diseases. Antimicrobial agents are very helpful in reducing the global burden of infectious diseases. Drug resistance to human pathogenic bacteria has been reported from every part of the world. Therefore, there is a high need to discover and develop new method for combating microbial infectious diseases caused by Staphylococcus aureus.

Study settings: The study was done in (in vitro) microbiology laboratory of Rajiv Gandhi institute of IT and Biotechnology, Bharati Vidyapeeth Deemed University, Pune- 46.

Antimicrobial assay: Antimicrobial assays was performed using L-B (Luria Broth) medium or Mueller Hinton agar. For this the isolates and reference cultures was grow in LB medium to McFarland standard 0.5 for 1.5 approximate cell density of culture was spread individually on LB or Mueller Hinton plate containing base agar overplayed with soft agar.

The well was punctured in soft agar at equidistance using 3-5 mm bore. Drug potencies used for testing were 6CH, 12CH 30CH, 200CH, 1M, 10M, 50M. Only solvent in one well on each plate is ethanol which serves as control.

Plates were incubated at 37-degree C for 24 hours. At the end of incubation period diameter of zones of inhibition was measured.

But, in plate the zone of inhibition is not measurable because it is not present uniformly or present in zigzag manner. (See Figure 1) So, nutrient broth media was chosen over agar plates. Exclusion criteria
Following subjects are excluding in the study

Samples collected from patient of different age group including male, female and children.

It was reported as sensitive, moderately sensitive, or resistant, referring to the Kirby-Bauer chart reading.

Statistical techniques and methods were used wherever required accordingly.

Resistance of the bacteria to the antibiotics is the major health problem all over the world. So it is necessary to discover new and effective mode of treatment which is able to combat resistant bacteria. In the study, the action of homoeopathic medicine Mercurius solubilis was investigated in different potency on thirty cultures of Staphylococcus aureus for twenty-four hours.

In all thirty samples and seven potencies, the best results were found in Mercurius solubilis 30c and 10 M potency which covers 16 samples in which the growth of staphylococcus aureus was inhibited or showed less turbidity, that is compared to negative test and control test with 90 % alcohol.

Homoeopathic medicines used in infectious conditions does not work as an antibiotic. They do not directly kill bacteria but they inhibit the growth of the bacteria. In homoeopathic system of medicine, the medicine stimulates defense mechanism of the host.

For more authenticity the experiment should be done on micro titre plate to see the number of bacterial growth.