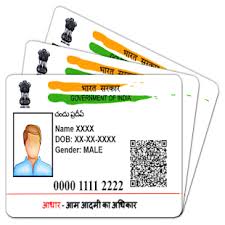 Chennai: Amid reports that Aadhaar card has been made mandatory for admission into State-run-Siddha and Ayurveda hospitals, the government has denied implementing any such rule.

This comes after reports claimed it is now necessary to produce the Unique Identification Card details while visiting any Siddha, Ayurveda, Unani or Homeopathy hospital.

Speaking to News Today, Principal Secretary, Health and Family Welfare department of Tamil nadu, J Radhakrishnan said, “It is not a necessary and hospitals cannot ask for it. In fact, the government, in case of an accident or trauma, first asks hospitals to provide treatment.”

Radhakrishnan said he would check the reports doing the rounds and reiterate (to hospitals that Aadhaar is not mandatory).

Meanwhile, when this paper contacted a government hospital, it was found that they were indeed asking for the Aadhaar card details.

A doctor from Arignar Anna Government Hospital of Indian Medicine said, “We ask for Aadhaar card details of In-Patients (IP) before admission. If the patient does not have Aadhaar, some other proof of identity is required. For Out-Patients (OP) we do not ask for it.”

Patients’ medical details and history will be entered along with a phone number and Aadhaar number. The idea was to continue effective treatment even if the doctor gets changed.

The reports stated that 14 government hospitals would be part of the new system.