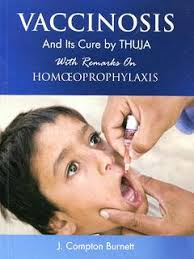 Abstract: Vaccinosis is a reaction to a vaccine .A vaccine reaction, if properly managed, need have no adverse effects, but failure to recognise it and act accordingly can lead to the creation of a vaccinosis. Homoeopathic medicines were prescribed to strengthen the constitution, to remove the miasmatic influences and to recover from the bad effects of vaccination.

Vaccinosis is a reaction to a vaccine .It is a set of symptoms that occurs after the administration of a vaccine. These symptoms are more commonly referred to as adverse reactions or events occurring within minutes. Any person or animal can have an adverse reaction to vaccines, some people are more susceptible than others. Some people have acute symptoms that show up immediately, or one to several days after the shot.

A vaccine reaction, if properly managed, need have no adverse effects, but failure to recognise it and act accordingly can lead to the creation of a vaccinosis. Vaccinosis can also be established as a primary condition.

Vaccinia or “cow-pox”, according to Dr. Matthews Duncan ,is an extremely analogous to syphilis in many in many of its characters , and not the least in the appearance of the secondary disorders after the primary illness is over .The course of the disease is well known .The virus having been introduced through an abrasions of the skin, in about a week inflammation occurs at the spot . Then there appears first a vesicle, then a pustule, then a scab, and finally a scar when the scab drops falls off .During the time that this series of events is occurring ,constitutional symptoms manifest themselves ,chiefly in the form of fever and undefined malaise .When the healing has taken place ,there may be nothing more occur .The organisms may have reacted perfectly and discharged the miasm .But this is not often the case . The diminished susceptibility to small-pox infection shows a change of a deep constitutional character .This constitutional change has been named “vaccinosis” by Burnett,,is the parent of much chronic illness. Often skin eruptions occur, lasting for years ,or various other kinds of ill-health ,lasting ,it may be ,as long as life lasts, and not seldom shortening life .When such a series of disorders occurs ,it is not (according to Hahnemann’s  doctrine, though he did not use this illustration ) a succession of new disease,but different evolutions of one and the same disease ,the “miasm”of vaccinia  producing the chronic malady, Vaccinosis.

Thuja Occidentalis: It is indicated for symptoms after vaccination like anxiety; head pain; inflammation of eyes & conjunctiva; stomach pain; diarrhoea; asthma; emaciation of upper limb & paralysis of lower limb; suppuration of finger nails; felon paronyhia; swelling of shoulder & upper arm. In the Generalities chapter it is indicated for symptoms after smallpox vaccination; as prophylactic and in convulsion after vaccination

Silicea: A specific remedy for ill effects of vaccinations. For headaches, spasms, epilepsy and feeling of coldness. Lack of vital heat and prostration of mind and body.

Antim Tart: Indicated for bad effects of vaccination when Thuja fails and Silicea is not indicated.  Great sleepiness or irresistible inclination to sleep with nearly all complaints.  It has thickly coated tongue and desire for apples.  The child clings to those around; wants to be carried and doesn’t want to be touched.

Malandrinum: An effective protection against small-pox and ill effects of vaccination.  Dry scaly itching; rhagades of hands and feet in cold weather and from washing.

Aconitum Napellus: First remedy for inflammations and inflammatory fevers. For fear, anxiety, anguish of mind and body. Relieves physical and mental restlessness. For someone who does not want to be touched.

Chamomilla: Especially useful for children with peevishness, restlessness and colic. For whining restlessness. Child can only be quieted when carried about and comforted constantly. Extremely sensitive to every pain. For vomiting.

Under the guidance of Dr Jyoshna Shivaprasad 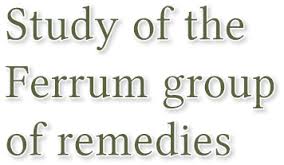 Ferrum is a latin word meaning “Iron”. It is characterized by extraordinary stability of its...

Abstract: Placing centesimal potencies in solution and prescribing them frequently for acute...

One of the common disorders seen in kids group in my practice is infantile feeding disorder. It...