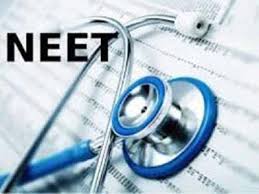 NEET could soon be mandatory for admissions to courses on ayurveda, yoga and naturopathy, unani, siddha and homoeopathy (Ayush) among others.

A host of disciplines are now keen on being part of the common entrance exam — National Eligibility-cum-Entrance Test (NEET) for admitting aspirants to medicine and dental courses — following its runaway success.

“NEET is the first of its kind common medical entrance exam in the country and we have managed it quite successfully for MBBS, BDS and post-graduate courses. As a result people from other disciplines also showed interest in selecting students through NEET,” said Arun Singhal, joint secretary, Union health ministry.

Among those who have shown interest in selecting students through the common entrance conducted by the central board of secondary education (CBSE) since 2016 are ayurveda, yoga and naturopathy, unani, siddha and homoeopathy (Ayush) and the veterinary council of India.

In a statement last month the veterinary council said it will be making use of NEET merit list to admit students for under graduate courses from the 2018-19 academic session.

The Union health ministry this year also made NEET mandatory for medical aspirants intending to pursue undergraduate medical courses in foreign universities after it accepted a proposal from the medical council of India (MCI) to this effect.

Of the 12 lakh aspirants who appear in the NEET for undergraduate medical course, six lakh clear the exam for about 68,000 MBBS seats. The rest try for dental and Ayush courses. On average about four lakh students are left to look for other avenues each year.

“NEET is a success story and as we see it, the idea to implement a common entrance examination makes things easy for everyone, most importantly the students,” said Singhal.