A case of Trigeminal Neuralgia Along with Recurrent Mastitis - homeopathy360

Home » A case of Trigeminal Neuralgia Along with Recurrent Mastitis 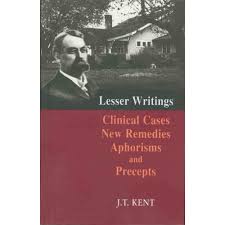 I was treating a lady 38 yrs old from last 2 years. For these complaints. She was having a phase of mastitis before her menses or at weather change. She was also suffering from trigeminal neuralgia of both sides. Many times her breasts become sore, painful, swollen and red before and during menses sensitive to touch. And after menses it was relieved. In her trigeminal neuralgia it was painful, it was sometime alternating sides and some times both sides at the same time agg from cold washing of face , the pain starts from somewhere about the mastoid and runs to temples to the supraorbital region to the incisor teeth of that side like and electric current.
Now I tried every remedy possible. Which was indicated at that time all these remedies relieved but recurrence didn’t stopped.

I tried every approach like kentian she was a very clear picture of phosphorus means most of symptoms lead towards phos but it didn’t helped much.

I turned to Boenninghausens approach of complete symptoms and generalization and gave remedies like Rhus tox, Conium, Sepia.

Then I thought there may be some miasmatic hindrance so I turned to miasmatic approach of chronic diseases to eradicate the miasmatic obstruction, she had a strong family and personal history of tuberculosis so I went for tuberculinum also.

But still patient was having recurrent episodes.

So I moved on to Boericke and Clarke’s clinical approach and the best remedy for trigeminal was Verbascum I used this one also but this relived only but no cure.

So whenever I fail in a case I either change my approach or I retake the case. I said to the patient come to me when your trigeminal is on peak or your mastitis is at its peak then I will record your symptoms. So the phase of trigeminal came and she was at my clinic she said my head aches a lot please give me some water, she drank a full glass of water after water she was a bit relaxed this is observed ,I took all the symptoms but nothing peculiar except after drinking water she was a bit relaxed. After some days the phase of mastitis came and the lady sad doctor will I be cured or not. My neighbor recently diagnosed with cancer and her breast were removed. Do I have cancer also…. She asked.? I said no, she said am fed up of my disease condition. I asked her what is your main problem she said doctor my breast are so tender that I cannot touch them even I cannot wear bra. I asked her why, she said the tightness of bra makes me worse, I haven’t used bra from last fifteen years. I said what ! she said the same again. Then I asked why, she said it feels too tight so I don’t use it. Now this one peculiar rare symptom was the main theme of the case. Now the medicine came on this symptoms was very rare . this medicine was introduced to me by my GURU DR. L.C.SHARMA HE IS ONE OF THE TOPMOST PRACTITIONERS OF RAJASTHAN. HE TREATED A CASE OF SLIP DISC FROM THIS MEDICINE .WHAT EVER I AM TODAY IN MY CLINICAL PRACTICE IS BECAUSE OF HIM. HE IS A MASTER OF KNERR REPERTORY HE MAINLY USES IT MOST OF TIME, HE EVEN REMEMBER WHAT SYMPTOMS IS ON WHAT PAGE AND WHICH MEDICINE IS GIVEN IN IT. ALONG WITH THAT HE ALSO USES LATEST REPERTORIES LIKE COMPLETE, MURPHY AND SYNTHESIS, ALONG WITH THE OLD TRADITIONAL ONES .When I was under his guidance he taught me that a peculiar symptoms is a tight slap on your face, it’s a symptoms which turns your brain upside down 360 degree. A rare symptoms is the one on which your reaction is “how can that happen.!!!!!”
So from a 38 yr lady when you hear she is not using bra from last 15 yrs…. !!!!!!!

So you find this symptoms in synthesis repertory chest clothing agg , bra feels tight. And headache ameliorated from drinking water the only one medicines is “LAVANDULA.ANGUSTIFOLIA”.

SO LAVANDULA 200 2 DOSES WERE GIVEN STAT ON TONGUE AND TWO DOSES SOS IF NEEDED.

SHE TOOK SOS DOSES TOO LATER THAT DAY AS PAIN WAS ONCE AGAIN AGGRAVATED AND WAS RELIVED AFTER THE DOSE.

AFTER NEXT TWO DAYS THE PATIENT CAME AND SAID THIS TIME YOUR MEDICINES WORKED BEAUTIFULLY. NO NEURALGIA AND NO MASTITIS NOW. THANKS DOCTOR I OWE YOU A LOT.

SINCE THEN TILL TODAY SIX MONTHS NOW PATIENT IS IN TOUCH WITH ME BUT NO RECURRENCE OF SYMPTOMS.

So friends remember one thing its been taught to us that if we fail during a case it’s the “homoeopath who fails not homoeopathy”.

But I see this statement with another angle whenever we fail, its possible we haven’t explored our all medicines yet. May be the medicines that patient needed hasn’t been proven yet, or is not included in our repertories and materia till now. So when you fail don’t stop trying, look for new drugs, new repertories, new materia medicas, and new approaches, investigate further and further till you succeed.

I wanna quote here DR.J.C.BURNETT. in his book curability of cataract with medicines he writes in chap 5 , 1st para

“The limits of the curable and of the incurable are not represented by any fixed lines. What is incurable today may be curable tomorrow; and what we all of this generation deem incurable may be considered very amenable to treatment in the next generation”

So you see our stalwarts left the door open for us to try new concepts, new medicines, new repertories.

And from now on after every case I will also suggest a new book every time to motivate fellow homoeopaths which ive read and helped in my practice and made me a successful practitioner.

Abstract Doctrine of signature is a visual clue provided by God or just a superstition. It has...

Abstract: This article is an attempt of explaining aetiopathogenesis, clinical features... Abstract: So far, a prejudice against using nosodes and sarcode remedies is concerned, we should...