Practical Utility of Repertory for the Selection of the Simillimum - homeopathy360

Home » Practical Utility of Repertory for the Selection of the Simillimum 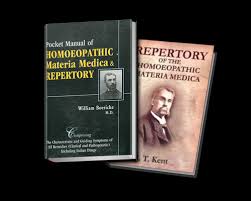 Abstract: Repertory is a tool to reach at the Simillimum. The process of Repertorization is essentially an elimination, which starts with a broad choice and slowly narrows down giving us an adequate small group of medicines, so that the final selection is made easier with the help of further reference to the each individual rubric and its counterpart in Materia Medica. The following case demonstrates the practical utility of Repertory for the selection of the Simillimum.

Mr. KDN a 30 year old male with an anxious look on the face and a fair complexion came for his complaints of breathlessness, cough and other symptoms. He was a known case of bronchial asthma.

Physical Generals- Patient as a Person

Life Space Investigation: Patient is basically from Nainital where he spent his childhood along with his four other siblings. He is the youngest among the siblings, and has two elder brothers and two elder sisters. His father is a retired army man who is a good natured but strict and disciplined person.  His childhood days were good where he studied till 12th standard and then appeared for further studies in army but was not selected in the race and had to leave his desire to become a part of Indian army.  Further studies were not possible as father was not capable of providing patient private education.  His eldest brother had  joined  army  while  patient  came  to  Boisar  and  started  working in  chemical company. He is sensitive to injustice done to others and helps that person to get justice. On few occasions he was scolded by his boss because of his unnecessary involvement in his coworkers matter. Inspite of reaction of boss patient helps to those who are in need of help. Patient is having anxiety while doing his work about proper completion of it. He is having good relationship with his coworkers. Patient is an anxious person by nature and gets disturbed sleep and persistent similar sort of anxiety about his health. Patient feels that the anxiety is felt at the chest area and it may start his respiratory complaints. Patient can’t watch, read or listen about cruelties or violence done to others. Because of his sensitivity he likes only watching comedy serials and movies. Patient was married 4 years back and stays with his family at Boisar. His wife is good by nature and there are no interpersonal relationship problems.

Phosphorous was the first drug of choice as it is covering the totality of symptoms apart from the sensitivity towards cruelties watched, heard off or seen by patient. Only two remedies cover this symptom Calcarea carbonicum and Hepar sulphuris calcareum. Therefore, synthetic prescription of Calcarea phosphoricum is selected as the final choice of remedy.

Since 19/01/07 the patient came only once or twice in a year during change of weather or before the onset of winter for a prophylactic measure to avoid subjective and objective distress, at that time Calc-p. 200 single dose and afterwards in multiple doses were repeated. In between acute exacerbations were managed with Kali-c., Ars-alb., Bry., as per the acute state to which patient responded very well. Considering the miasmatic load in between, the patient was administered Tuberculinum 1M infrequently. Patient is currently doing well with Homeopathic treatment and doesn’t need allopathic treatment for his acute or chronic complaints.

About the Authors: Dr. Tejas Trivedi MD (HOM) ICR, Mumbai is an Assistant Professor, Department of Organon at Virar Homoeopathic Medical College and Hospital, Virar and he has been practicing Classical Homeopathy since last seven years at Mind and Body Wellness Centre, Mumbai.

Dr. Yogesh D. Niturkar, MD (Hom) ICR has been practicing Classical Homeopathy for last seven years at Mathura Homoeopathic Clinic, Latur and he is author of many homeopathic articles. The alternative therapies provide the non-violent non-aggressive solution in therapeutics. Will...