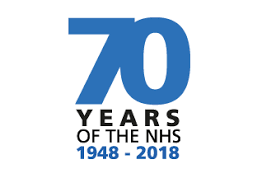 A major centre of homeopathy will no longer be able to spend NHS money on the Homeopathic practice.

Homeopathy is based on the idea that “like cures like”, but scientists says patients are getting nothing but sugar.

Campaigners said the move was “hugely significant and long overdue”.

The Royal London Hospital for Integrated Medicine has a long history with homeopathy. It was founded as the London Homoeopathic Hospital in 1849 by one of the first doctors to practise homeopathy in Britain.

But now patient leaflets say: “From 3 April 2018, the Royal London Hospital for Integrated Medicine (RLHIM) will no longer be providing NHS-funded homeopathic remedies for any patients as part of their routine care.”

A spokeswoman for the trust said: “No NHS funding will be spent on homeopathic medicines at the RLHIM.”

It is just the latest clampdown on NHS homeopathy.

It was banned in the Wirral in north-west England in 2016. And a consultation by the NHS England concluded GPs should not be routinely prescribing homeopathy.

Simon Stevens, the chief executive of NHS England, has described homeopathy as “at best a placebo and a misuse of scarce NHS funds”.

The Good Thinking Society, which has campaign for the NHS to stop spending money on homeopathy, said the latest move was “hugely significant, and long overdue”.

Its project director, Michael Marshall, told the BBC: “This move means that London has now joined the vast majority of the country in consigning homeopathy to the history books.

“The only areas of the UK still wasting money on these disproven treatments are Bristol and Glasgow.

“Hopefully, sensible decisions will be made in those cities too, and we can finally move away from throwing limited NHS resources at these ineffective treatments.”

An extremely sad decision I must say. The lobbying politics should not play with the health of the general public. If the patients say they have been receiving benefits from using homeopathic pills, what is wrong in using these low cost remedies? A developed nation can always afford such treatment. It is just woebegone in the 70th year of the NHS. The only suggestion is let people decide, options should not be closed.