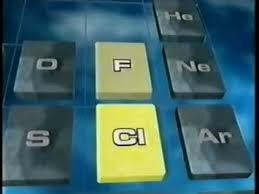 Abstract: Homoeopathic medicines prepared from Halogens have scrofulous diathesis and hence act predominantly on glandular system and also on the mucous membranes. They are unstable alone so they usually form compounds to become stable and are found in combined state in nature like Calcarea Iodatum, Calcarea Flouricum etc. Hence their individual actions are difficult to interpret from compound forms but are more known to us in different compound forms.

Halogens are elements belonging to Group 7 of the periodic table.

They consist of following 5 elements (1):

Halogens have 7 valence electron in their outermost shell and need only one electron. They are highly reactive due to high electronegativity. Few characteristic indications of Halogens are:

Halogens have proved to be efficacious in scrofulous, cancerous and various other kinds of affections and still have a great scope to be explored. Iodum and Bromium are quite well proved but Flourine, Chlorine and Astatine are not well proved and need extensive proving and clinical trials to explore their inherent powers to heal the sick.