As every year the second Thursday of March is considered as the ‘World kidney Day’ and 8th of March is celebrated world wide as ‘International Women Day’ so as on 8th March this year both the occasions were commemorated together with an international theme ‘Kidneys and Women’s Health: with empowerment’. The Indian Homoeopathic Kidney Federation, Humble to be Chandigarian Face book group and Civil Defense Pensioners Association of Chandigarh unitedly organized an event of awareness followed with a free Homoeopathic Medical Camp in Gurdwara Sri Guru Teg Bahadur Singh ji Sector 34, Chandigarh with the help of the Gurdwara management, senior citizens and localites where Justice Iqbal Singh Rtd Judge of Punjab and Haryana High Court inaugurated the camp and was the Chief Guest of a short session of interaction and awareness program with the general public. Renowned nephrologists and doctors of various fields and social workers addressed the audience. The camp was led by Dr.(Mrs) Inderjeet kaur Ranu Vice Chairman of India Homoeopathic Kidney Federation and Dr.PS Ranu former Chairman of Punjab Homoeopathic Medical Council and their team and around 200 patients were administered free Homoeopathic medicines. The ideological difference in this camp was that the follow up is also free till the patient is cured as the slogan of the camp was ‘get treated free till you are cured’ and all the medicines were sponsored by Ranu clinic, Mohali.

Dr Raka Kaushal said that there are approximately 190 million females effected with chronic kidney disease in the world and approximately 6 lakh die every year. WHO has also declared CKD as an epidemic and according to some studies, CKD is more likely with 14% prevalence in women and 12% in men. Not only diabetis and hypertension are the silent killers but womens life during pregnancy is also at risk if there are symptoms of protein in the urine or UTI. Mostly it is seen that females are under house hold stress and opt to take pain killers or counter pills regularly for routine headaches and body aches to start their day routines and become a habitual pill taker. Prolonged intake of these painkillers also lead to CKD. A decade back it was a common phenomenon that the antibiotics were frequently recommended for five days to one week or even two weeks during fevers like typhoids or severe infections but now-a-days it has been noticed that prolonged use of antibiotics more than a week are leading to kidney failures. Even some studies have revealed that prolonged intake of certain anti hypertensive and anti- diabetic drugs are also damaging the kidneys. Dialysis and transplant are the only resorts left for the end stage renal disease patients. Good life style, exercise and healthy food habits and early detection of the kidney diseases are must to save the life of these patients. Though the number of women on dialysis is lower than the number of men as three major reasons are recognized so far: 1.CKD progression is slower in women compared to men, 2. psycho-socioeconomic barriers such as lower disease awareness lead to late or no start of dialysis among women and 3. uneven access to care is a major issue in countries with no universal access to healthcare.

Senior Homoeopath Dr PS Ranu said that WHO has also recognized Homoeopathy as second line of treatment and Homoeopathy has proved as a good supportive treatment for the kidney patients where the patients are saved from dialysis and transplant with Homoeopathy. Dr Ranu clarified that Homoeopathy and Allopathy can go side by side to support the immune system of the patient of these last stage patients to prolong their life without transplant.

Soon after the strike of allopathic doctors across the country, forced the government to remove... 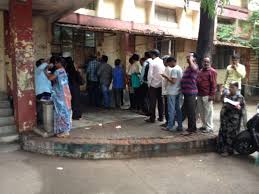 Hyderabad: The only government homeopathy hospital in Motigally in the Old City is crying for...