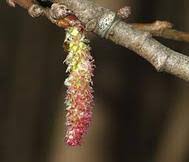 “Vague, unknown fears, for which there can be no given explanation , no reason. Yet, the patient may be terrified of something terrible going to happen, he knows not what. These vague fears may haunt by night or day. Sufferers often are afraid to tell their troubles to others.”
THE TWELVE HEALERS AND OTHER REMEDIES
“Apprehensions, vague fears, fear of some impending calamity, all fears of inexplicable origin. Afraid of fear but dare not talk about it to anybody.” -DR. DARSHAN SINGH VOHRA
Aspen comes from the FEAR group of remedies in Bach Flower Remedies, the others being MIMULUS, ROCKROSE, CHERRY PLUM and RED CHESTNUT.
It is a queer state of mind. The person is afraid. He knows he’s afraid but unlike MIMULUS, he can’t name the fear or the cause. In its nature it resembles MUSTARD, where a pall of depression descends upon an unsuspecting prey, engulfs him completely and leaves him after sometime, by itself. In the whole situation or scenario, the person doesn’t know how or why he suffered from this great bout of depression .
There is even the element of ROCKROSE, yet , it is not that, because in ASPEN, the terrorising cause is unknown as against ROCKROSE, where there is a terror of a particular thing or situation that can be named.
Although this state is transitory and passes off by itself after sometime, but still, till the time it lasts, the man remains terrified and does not know what he’s afraid of.
The WORST part of the ASPEN FEAR is its unpredictability . There is no specific time when it may attack. One might be at a party , celebrating and enjoying, and is suddenly seized by the ASPEN type of fear. He leaves all dancing and fun and goes to crouch in one corner chair in the room.
In extreme cases, the fear turns into full bloom , anxiety attacks, complete with trembling, bouts of sweating and fluttery feelings in the stomach. And still they cannot say WHY…!!!
A creepy sensation of fear, nightmares, superstition, delusions, fear of an invisible power, of an occult phenomenon, fear of punishment by God, for one’s sins where neither the time, nor the nature of punishment is specified, such vague fears which may result in external or internal trembling, fears which may cause great vexation , but, for which there is no medicine with the allopathic doctors , are relieved by ASPEN.
Children in need of this remedy often believe that the ‘MONSTER UNDER THE BED’ may be real and insist that their bedroom door be left open or that a light be left on all night. Some Aspen people have a fearful fascination for magic or occult . Many, even as adults , fear the dark.
In the POSITIVE ASPEN STATE, after taking the remedy, the person is able to recognise the divine power of love and consciously use the positive side of the Aspen energy. He develops fearlessness  because he understands that the power of love stands behind and overcomes all difficulties. The apprehensions gone, the inexplicable fears set to rest, we are beyond pain , suffering, care, worry, fear and become participants of true joy.
Shapeless , nameless and groundless fears become a thing of the past . Children treated with this remedy , once again begin to trust in their guardian angels.
A desire to LIVE LIFE to the fullest, enjoy each moment that we breathe, be carefree and BE HAPPY, LIVELY, and ADVENTUROUS with disregard to any difficulty or danger, is the cherished life a positive Aspen person lives….!!!!
So, stop brooding over all those fears and apprehensions,  and believe, that there is a better , happier and a safer world out there for each one of us . Aspen is the GO TO remedy for relieving yourselves of all these unnecessary burdens of fears and live the happy lives you’ve always dreamt of…!!!!