Nashik: The  Maharashtra University of Health Sciences(MUHS), on Wednesday, declared the programme for election of chairmen of boards of studies (BOS).

According to MUHS Act, the board members have to elect one among them as their chairperson. This election will complete the five-yearly senate and academic council elections of the MUHS. The process of receiving nomination papers will begin from March 5 while the voting is scheduled to be held on April 3, 4, 5 and 6 according to the faculties.

MUHS registrar K D Chavan said the last date of receiving nominations for all faculties (Allied Health science, homoeopathy, Ayurveda and Unani, Dentistry and Medical) is March 12.
“Scrutiny of the nomination papers will be conducted on March 15, while the list of valid nominations will be published online on March 19. Candidature can be withdrawn on March 22. The university will publish the final list of contesting candidates on March 27,” Chavan said.
Voting will be conducted for allied health sciences on April 3, for homoeopathy on April 4, for Ayurveda and Unani on April 5, and for dentistry and medical on April 6. This year, instead of having inSenateent board of study for UG and PG courses, the university has formed one single board to look after both UG and PG syllabus.

In all, there are 19 such boards of studies across all faculties. The forms for nomination, withdrawal of nomination, proposal and undertaking are now available on the website of the MUHS.

The applications can be submitted to Nashik headquarters or any other regional center of the university by the contesting candidate in person. The regional centres include Nagpur, Mumbai, Pune and Aurangabad.
All members of the BOS will have the right to vote. However, the ad-hoc chairperson of the BOs will not have right to cast vote.
Earlier to this, elections for MUHS senate and academic council were held in December. The new executive body will function from 2017 to 2021. The Senate is the principal authority for all financial estimates and budgetary appropriations and for providing social feedback to the University on current and future academic programmes.
Source: https://timesofindia.indiatimes.com/city/kolhapur/boards-of-studies-chairmen-polls-from-april-3/articleshow/63116544.cms
Post Views: 22 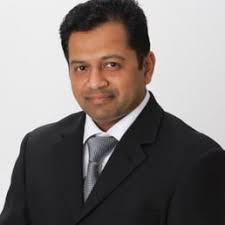 The exam is scheduled to be held on 24 October 2019, and now the admit card is available for... Link: will be awarded separately in each of the 02 Categories.For Static posters/ Slides –Rs...