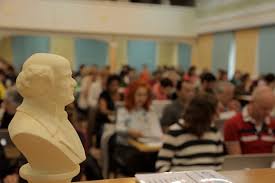 In the same vein as the saying of Hahnemann, “aude sapere – dare to know,” let us dare to look into the controversy of classical homoeopathy. With this in mind, I have first attempted to define and clarify both terms. Then, I will take a short excursion through the history of this confusion and divergence.

The Chronic Diseases by Hahnemann, first published in 1828 with the second edition from 1835-1837, has seemingly not been studied very widely and deeply by homoeopaths. Immediately after its publication a controversy arose as to the validity of Hahnemann’s premises and conclusions. But on reading it carefully, one finds, besides the theory of the miasms, precise instructions on how to treat homoeopathically. One will not find these instructions in The Organon. Therefore, a large part of the basics of homoeopathic therapeutics is not taken into account if only The Organon is used. The main tenet, that all diseases arise from a very few deep seated causes, was the stumbling block for those homoeopaths who did not accept this teaching, thereby foregoing all the other valuable teachings contained in the book.

The following quote from Hahnemann’s The Chronic Diseases (Boericke & Tafel, 1896, page 127) clearly supports the above illustration. Hahnemann not only repeated the remedies but also gave more than one remedy at the same time in different potencies, and that too as early as 1828, much before the 6th edition of The Organon was written:

“To adduce an example: a freshly arisen eruption of itch belongs to those diseases which might soonest permit the repetition of the dose (Sulphur), and which does permit it the more frequently, the sooner after the infection the itch is received for treatment, as it then approaches the nature of an acute disorder, and demands its remedies in more frequent doses than when it has been standing on the skin for some time. But this repetition should be permitted only when the preceding dose has largely exhausted its action (after six, eight, or ten days), and the dose should be just as small as the preceding one, and be given in a different potency. Nevertheless it is in such a case often serviceable, in answer to a slight change of symptoms, to interpose between the doses of pure sulphur, a small dose of Hepar sulphuris calcareum. This should be given in various potencies, if several doses should be needed from time to time. Often also, according to circumstances, a dose of Nux vomica (X) or one of Mercury (X) may be used between.”

How did classical homoeopathy arise and how far has it diverged from the basic principles of Hahnemann?

The “Allgemeine Homöopathische Zeitschrift” was the spokes journal for the “original” Homoeopathy, which they proclaimed was the right one, in contrast to the Homoeopathy which Hahnemann had further developed and advocated in the 5th edition of The Organon and The Chronic Diseases. They claimed that Hahnemann had become demented and they had to save the homoeopathy for posterity.

The basic tenets of the “renegade homoeopaths” were based on the 4th edition of The Organon, published in 1829:

However, Hahnemann advanced his healing principles continually during the last 13 years of his life. A second edition of The Chronic Diseases was published during this time. But the tenets of the highest importance as well as the theory of the miasms portrayed in this book were not accepted by the secessionists.

All “classical homoeopaths” practiced on the basis of the secessionists until slowly one or the other added or subtracted something. In the earlier days they still called themselves the “original” homoeopaths or even Hahnemannian. After a certain period of time, the early secessionists in Germany were mainly forgotten. The classical or the “pure” homoeopaths bitterly persecuted all homoeopaths who worked according to Hahnemann’s dictates and still do even today. It is relentless persecution similar to the churches against “witches” in the middle ages. If it had been possible they would have loved to burn the followers of Hahnemann at the stake!

The saga culminated with Constantine Hering, who had left Germany and immigrated to America, in order to outlaw his German colleagues who worked according to Hahnemann and even to take away their licenses. We find here a similarity to excommunication. (I wrote an article on this in German in our journal Surya Nr. 5).

Even though Hering has earned much honour for his indefatigable work in the service of homoeopathy, we should keep in mind that he was from the very beginning a reluctant student of the teachings of Hahnemann and he had a difficult time accepting even the earlier teachings. His conversion is similar to that of the biblical Paul who almost lost his mind and fought for some fifteen long years to keep his sanity until he was able to accept the truth in his heart. Hering fought throughout his life. He was the first who categorically denied the theory of the miasms of Hahnemann and did not accept it even at the end. For this reason he did not study the later teachings of Hahnemann. As time progressed, he came to be the first and leading exponent of homoeopathy in America. The influence of American homoeopaths on the homoeopathic world has been tremendous, especially that of James Tyler Kent. Kent did accept the theory of the miasms but unfortunately, because of his lack of knowledge of the German language, he had no access to the original writings of Hahnemann. Maybe the world of homoeopathy would be different today if he had.

The term “classical homoeopathy” was established much later and these homoeopaths then termed the older homoeopaths, who had worked in this manner, classical too.

In time, prescribing for a constitution began to be a part of classical homoeopathy. Initially, it was related only to the outward appearance. For example, Phosphorus is supposed to be tall, thin, delicate, with long eyebrows, eyes like a gazelle, etc. This kind of description was elaborated on ad absurdum by some classical homoeopaths. There is a certain truth in defining constitutions on a physical basis as homoeopathic medicines can act as plastic remedies, i.e. to reshape certain parts of the body from the inside, as a plastic surgeon does rather mechanically from the outside.

What the human mind sometimes proposes can seem very convincing and impressive but it is still far from the basic teachings of a doctrine. If such theoretical proposals are so greatly contrasted to the fundamentals, then we have results far removed from the master Hahnemann.

What does the classical concept look like in contrast to Hahnemannian Homoeopathy?

To give one dose and wait was for a while also the rule of Hahnemann. He had advocated this because a greater number of people had reacted strongly to the potencies above the 6th and he did not in the beginning know how to handle it. Therefore, he laid down the rule of giving one dose and waiting out the action of the remedy until a repetition was necessary. From experimentation, observations had been made as to how long a medicine brought out symptoms and that some medicines produced them for many weeks.  From this observation it was deduced that a remedy would also act curatively for the same amount of time. However, this was shown to not be very accurate, as one dose of the longest and deepest acting remedies could act for very short periods in certain disease conditions. After long experimentation, Hahnemann came to the conclusion that remedies prepared in the right way can be repeated daily and even many times a day. This led in the end to the development of the LM-Potencies. But much before that, the renegades had already stamped him as senile. This view is still held by some in the world of homoeopathy, and quite a few think that the LM-Potencies arise from the vagaries of Hahnemann and will dilute the effectiveness of homoeopathic remedies. (In my German book on the reactions, “Die Reaktionen”, I have written in detail on this in the chapter, “The History of the LM-Potencies”).

The minimum dose was described by Hahnemann as the amount which would not cause a strong reaction. That means that the dose was to be reduced until the remedy acted gently. As the idea of potencies was developed, the enthusiasm of homoeopaths to make higher and higher potencies knew no bounds. This in itself is all right. But the rule to be followed was: The dose is to be reduced only that much as is necessary in a case and not indefinitely. The dose, which later came to mean the potency, must be in accord with the disease condition. With the emergence of the doctrine of constitutions and then the treatment of the personality in homoeopathy, the remedy was prescribed in ever higher potencies with no regard to the disease condition.

With that, the basic tenet of Hahnemann to match the potency to the case was completely disregarded. As a rule, the classical homoeopaths all over the world, who follow the tenets of the secessionists of over 180 years ago, use very high potencies. In Germany there was much confusion for a long time. Many homoeopaths repeated the remedy frequently, but as a rule kept to very low potencies.

The opinions and methodology of “classical homoeopaths” are very disparate. For this reason some follow Hahnemann more and some less. Certainly anyone using the homoeopathic principle is going to have a more or less curative action; no matter if one is a classical or a lay homoeopath. The point is to be able to handle and cure each and every case, even the most difficult, acute and chronic diseases.  This is possible only when we accept and apply all the principles which Hahnemann worked out and which his loyal followers further developed.

The term “classical homoeopathy” has accordingly no justification. Homoeopathy should come to mean only one thing to all, no matter if a lay-person or a practitioner: the legacy of homoeopathy is as Hahnemann gave to us.

Let us keep in mind that the journey of almost every homeopath tends to begin in the classical training, as it is the reigning one.  At some point along the way however, one’s steps naturally take a turn back to the master Hahnemann.

About the Author: Dr Ravi Roy has over 40 years of experience in the field of homeopathy. Under the tutelage of his renowned father, Dr. S. K. Roy, he started practicing homeopathy at the age of 17 in the villages of India. He came to Germany in 1976 to study the works of Hahnemann in the original language. He is married to Carola Lage-Roy, together they have written over 30 books on Homeopathy, some translated into seven languages. Their two best sellers Homoeopathic Family Home-Care and Homoeopathic Travellers Guide are also available in English. In 1980 he offered the first comprehensive course in homoeopathy in German-speaking countries and since then has been teaching homoeopathy. In 2003, Dr. Roy founded ‘Surya’, a non-profit homeopathic association which among other things publishes the Surya Journal. Since 2005 he has also directed the Asthanga Homoeopathic Project in India.