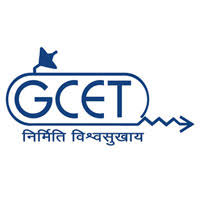 Panaji: The prospectus for admissions to engineering and pharmacy degree programme seats in Goa will be released next week on the website of the directorate of technical education (DTE), officials said. DTE will begin accepting filled forms, available in the prospectus, from April 2 onwards. The Goa Common Entrance Test (GCET) is scheduled for May 8 and 9. The test will be held only for physics, chemistry and mathematics.

Till 2017, around 4,000 students would answer the entrance exam. However, in 2018 the number is expected to drop sharply as GCET is now accepted as entry only for two programmes – engineering and pharmacy.

In 2018, the state will follow the central directive and students who want to join ayurveda and homeopathy degree programmes, along with medicine and dentistry programme aspirants, are answering NEET.
In addition, the state has decided that those who want to join nursing and allied health degree programme seats available in Goa should also answer NEET. Hence, the biology paper in GCET has been discontinued.

GCET aspirants can access the prospectus, which also contains the application forms, online. Duely filled forms must be submitted, between April 2 and 7 at Ravindra Bhavan, Margao for South Goa students and at the DTE office, Porvorim, for North Goa students.