Homoeopathic Therapy in the Treatment of Vitiligo Disorder Case - homeopathy360 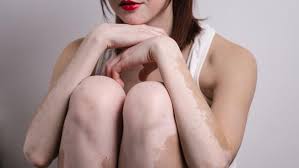