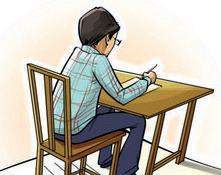 Bengaluru: AYUSH course seat aspirants for the academic year 2018-19 have been left in a lurch as neither Common Entrance Test (CET) nor National Eligibility Entrance Test (NEET) has given them any option to apply.Following a communication from the state Department of Health and Family Welfare, the Karnataka Examinations Authority (KEA) removed AYUSH from CET 2018 and issued an order stating that starting this year AYUSH seat aspirants need to appear for NEET.
However, the NEET application and brochure released by the Central Board for Secondary Education (CBSE) recently does not even mention AYUSH courses.  When asked about it, a KEA official said, “As we have received official communication from both the union and the state government about NEET for AYUSH courses, we have removed AYUSH from the purview of CET. Before removing AYUSH from CET, we have clarified the matter with the state Department of Health and Family Welfare.
Only after getting a confirmation that the state is willing to go for NEET for AYUSH courses have we issued a notification for CET 2018.” Ajay Seth, Principal Secretary of the state Department of Health and Family Welfare, said, “As directed by the Union Ministry for AYUSH and the state government, a communication has been issued to KEA about it (including AYUSH in NEET). The candidates need not worry as we will issue a notification about the same by Monday after a discussion with the authorities concerned in Delhi.”
However, candidates are still a worried lot as they don’t know which test to appear for. “We are absolutely clueless. Which test should we apply for? There is no mention of AYUSH courses both in CET and NEET,” Bhoomika C R, a PU II student and an AYUSH seat aspirant, said.Most students who apply for medical course also apply for AYUSH as an option. In case they don’t get a medical seat, they take up an AYUSH course.
Source: http://www.newindianexpress.com/states/karnataka/2018/feb/16/ayush-goes-missing-from-cet-neet-1774133.html