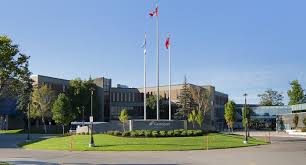 Georgian College says it is cancelling its controversial advanced diploma program in homeopathy. The announcement came just hours after the college told CBC News it had no plans to change the program, which has been criticized by doctors and scientists from across the country.
“In light of the recent response from our local community and beyond and in consideration of our students, Georgian College has made the decision to cancel the homeopathy program,” the Ontario school said in a statement on Friday. Students already enrolled are being offered the chance to withdraw or transfer to another program.
Second Opinion | Is Ontario offering a college diploma in ‘pseudoscience?’
The provincially funded community college had planned to start courses in September to train students to use sugar pills to treat “acute and chronic health conditions.” The course documents had been prepared, and the tuition had been set at $4,454.00 for the first term, according to the official course materials.
The program had been approved by the Georgian College board of governors and the Ontario Ministry of Advanced Education and Skills Development.
But over the past few weeks the college had come under increasing criticism. Dr. Chris Giorshev, an emergency medicine physician, sent letters of protest to the college and to the provincial government after seeing an advertisement for the program which would have been offered at the nearby campus in Barrie, Ont.
Nosode homeopathic labels must read ‘not vaccines or alternatives to vaccines:’ Health Canada
He worried there would be a risk to public health if people assumed homeopathy has some legitimacy.
“It gave me some angst about the whole thing,” he said.
Giorshev is already seeing evidence of homeopathy’s impact in his hospital’s emergency room.
“We see people, they have the flu and they’re sick and I ask, ‘Did you get a flu shot?’ and they say, ‘My homeopath gave me a flu shot,’ and I think, ‘Well, you actually didn’t get anything.'”
‘Years of nonsense’
The program documents say homeopathic vaccines, called “nosodes,” were part of the program. One course — HOMP1002— would have taught “concepts related to remedy selection, aggravations, antidotes, polycrests and nosodes.” (“Polycrest” is another term for homeopathic treatments.)
“In this day and age with everything we know about science, that a discredited 200-year-old bit of puffery should be legitimized is scandalous,” said Joe Schwarcz, director of McGill University’s Office of Science and Society, who had been consulting with other scientists about launching a protest against the program.
“To put students through three years of nonsense so that they can go out and practice placebo treatments is totally unfair to those students and it’s unfair to the public,” said Schwarcz.
Homeopathy is based on a scientifically implausible belief in an unproven theory — that water can be exposed to plants or minerals and retain a memory of those molecules, even after all traces of the compound have been eliminated through dilution. Added to that is the unproven conviction that the water, sprayed onto sugar pellets, has curative powers for a wide range of human disease.
Georgian College had defended the program earlier on Friday in a statement sent to CBC News, saying it had undergone “an extensive and rigorous academic approval process.”
Last year Schwarcz wrote an open letter signed by 90 prominent scientists protesting a University of Toronto research study into homeopathy therapies for ADHD. That study is ongoing, although the principal investigator is skeptical that the pills will work.
“But until we have the results I need to keep an open mind,” Heather Boon, dean of the school of pharmacy, told CBC News.
OPINION | The U.S. is getting its act together on homeopathy. Your move, Canada
At McMaster University, researchers are studying the homeopathic nosodes in human volunteers, but the purpose of that study is to prove they don’t work, according to lead research Mark Loeb.
“Our hypothesis is that these homeopathic vaccines will not show any impact on the immune system,” Loeb told CBC News.
Two other Canadian studies fizzled because researchers couldn’t find enough volunteers to participate in the clinical trials.
Homeopathic remedies in legal hot water in U.S. but face scant Canadian pushback
But Schwarcz said there’s already been plenty of evidence that homeopathy is ineffective.
“Non-existent molecules do not cure existing diseases. It’s as simple as that.”
In December, the U.S. Food and Drug Administration announced action to “protect consumers from potentially harmful, unproven homeopathic drugs.” In Canada, homeopathic products are licensed as natural health products by Health Canada.
By Kelly Crowe, CBC News
Source: http://www.cbc.ca/news/health/georgian-college-diploma-homeopathy-pseudoscience-1.4529339