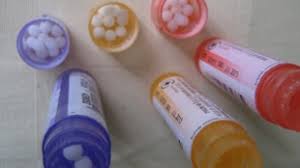 AS private health insurance continues to be one of the biggest expenses for Australians who still have it, a group of experts say ditching the natural therapies, and stopping discounts for young people may slow the premium hikes.
Premiums have jumped by an average of 29.75 per cent in the past five years and Health Minister Greg Hunt earlier this month approved another hike: an annual health fund premium rise of 3.95 per cent, more than twice the inflation rate, which will kick in April.
Defending the rise, he said it was the smallest in 17 years.
It will see the average single paying an additional $73 a year and families an extra $140.
But comparison site Finder.com predicts that won’t be enough to slow the growing dissatisfaction with private health insurance. A recent finder.com.au survey found that 48 per cent of Aussies plan to review their cover before the 1 April price rise.
A panel of experts and economists quizzed by on the latest premium hikes and what reforms might make health insurance more affordable said removing natural therapies from policies would have the biggest impact on affordability.
Five of the 11 experts said cited ditching therapies like reflexology and homoeopathy from extras packages as a way to cut costs. Three of the 11 said changing “risk equalisation laws” — ditching the 10 per cent discount for policy holders aged under 30 — was another potential cost-cutting measure.
Graham Cooke, Insights Manager at finder.com.au, said Australians could benefit from policies without natural therapies.
“Many Australians don’t realise they are covered for natural therapies as they are packaged up with other extras such as dental or optical,” he said.

“Removing non-clinically proven therapies such as homoeopathy and reflexology could reduce premium costs across the board.
“Risk equalisation means insurers in Australia cannot penalise a policyholder for being at a higher risk of illness.
“With this rule in place, health insurance is as affordable for the elderly as it is for younger people.
“Eliminating this policy would mean cheaper insurance for some, but could also mean more expensive insurance for the most vulnerable people in society,” Mr Cooke said.
Reform to boost competition, co-payments and self-funding were also cited as ways to boost policy affordability.
Panellists were also asked about the average premium increase of 5.42 per cent which has occurred since 2010, and whether or not this increase was justified.
Of the 12 economists and experts who responded, the majority (58 per cent) thought this was justified.
Source: http://www.news.com.au/finance/economy/experts-dissect-making-health-insurance-affordable/news-story/1afa6d6a9c37b4f2793258adb84fd59e