Threshold of Renaissance: Medical Education is in Desperate Need of Transformation, NMC Bill Can Bring it about - homeopathy360 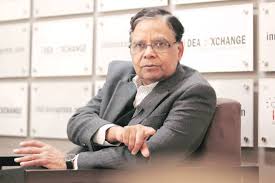 When Prime Minister Narendra Modi appointed a committee under my chairmanship to draft a new regulatory bill to transform medical education in India, he was responding to a clarion call from Parliament.
In March 2016, a report by the Rajya Sabha-led Parliamentary Standing Committee on Health and Family Welfare described in detail the rot that had set into medical education in India under the aegis of the Medical Council of India (MCI). It went on to call upon the government to bring about wholesale change in the way medical education is regulated.
The concluding paragraph of the Standing Committee Report is worth recalling here: “To sum up, the Committee observes … that the need for major institutional changes in the regulatory oversight of the medical profession in the country is so urgent that it cannot be deferred any longer. The Committee is, however, aware that any attempt at overhauling the regulatory framework will face huge challenges from the deeply entrenched vested interests who will try to stall and derail the entire exercise. But if the medical education system has to be saved from total collapse, the Government can no longer look the other way and has to exercise its constitutional authority … The Committee, therefore, exhorts the Ministry of Health and Family Welfare to implement the recommendations made by it in this report immediately and bring a new comprehensive Bill in Parliament for this purpose at the earliest.”
Consistent with this call, the government recently tabled the National Medical Commission (NMC) Bill, 2017, in Lok Sabha to fully reform the regulation of medical education in India. As predicted, the Indian Medical Association (IMA) – a body controlled by the same vested interests as MCI – immediately rose up in arms to protect its turf.
On its website, the IMA states that it “looks after the interests of doctors as well as the well being of the community at large.” Sadly, it has been doing neither. Only 25% of registered doctors subscribe to it with the most distinguished among them entirely disengaged with it. And the availability of doctors to those seeking them has remained hopelessly poor.
The Standing Committee Report had listed numerous failures of the MCI, each more glaring than the other. They included the failure to maintain uniform standards of medical education; devaluation of merit in admissions; failure to create any summative evaluation of medical graduates and post-graduates; failure to put in place a robust quality assurance mechanism; heavy focus on nitty-gritty of infrastructure and human staff during inspections; extremely slow expansion of medical education; and failure to instill respect for a professional code of ethics in medical professionals.
It is these failures that the NMC Bill proposes to address. The committee drafting the bill reached out to the full range of stakeholders for consultation and its preliminary report was posted on the Niti Aayog website for public commenting for several weeks.
Most importantly, it was guided by the excellent Report of the Group of Experts headed by the late Ranjit Roy Choudhury, which the Parliamentary Standing Committee had endorsed after extensive stakeholder consultations. For those unfamiliar with Roy Choudhury, he was the first Indian doctor to receive a Rhodes scholarship and was honoured with both the Shanti Swarup Bhatnagar Award and BC Roy award.
In the NMC Bill, 2017, we adopted the broad philosophy of the Roy Choudhury Committee though with some tweaks in terms of details. As per the Committee’s recommendations, the bill proposes a Commission at the apex assisted by four autonomous boards, one each to oversee undergraduate education, post-graduate education, accreditation and ethics and registration.
But unlike the Roy Choudhury Committee report, which had recommended fewer members of the Commission and no elected members, the bill proposes 25 members, a majority of them medical doctors and five of the latter to be elected by and from amongst registered medical practitioners.
Under the bill, all but five members of the Commission will either be ex-officio or appointed by selection. This is fully consistent with the view taken by the Parliamentary Standing Committee Report, which had stated, “Nowhere in the world is there an educational process oversight, especially, of medical education done by an elected body of the kind that MCI is.” The system has resulted in the regulated electing regulators with the best in the profession excluded from any role whatsoever in guiding medical education and profession in the country.
To put an end to the tyranny of inspections, which focus microscopically on infrastructure and personnel and threaten closure of institutions on the pretext of the slightest deviation from the prescribed norm, the NMC Bill proposes to replace them by an accreditation system and an exit examination. These reforms will shift the focus from infrastructure and personnel to the quality of education. High failure rates in the exit examination at a given institution would signal its poor quality of education to potential applicants.
Parliament has a historic opportunity to not only save medical education from “total collapse” but also bring about a renaissance in the field. For the good of the nation, let us hope it successfully meets the challenge.
Source: January 10, 2018, 2:00 AM IST Arvind Panagariya in TOI Edit Page | Edit Page, India | TOI