Towards An Integrated Medical System In The Country: A View - homeopathy360 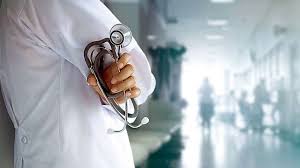 The Government of India has tried to make rural service mandatory for medical students.


On December 29, 2017, the National Medical Commission Bill, 2017, was introduced in Parliament to replace the Medical Council of India (MCI), India’s current medical education regulator, with a new body. One of the aims of the Bill is to allow those practising homoeopathic and ayurvedic forms of medicine to be able to practice allopathy, upon clearing a bridge course. According to Clause 49 of the Bill, a joint sitting of the Central Council of Indian Medicine, the Central Council of Homoeopathy and the National Medical Commission will be held at least once a year in order “to enhance the interface between homoeopathy, Indian systems of medicine and modern systems of medicine”.
This unconventional move by the government has, naturally, ruffled many feathers. It has even resulted in a nationwide strike by doctors. Points are counter-points are being put across by all and sundry.
India with its 1.30-billion population has a healthcare system that is heavily stretched in terms of infrastructure, manpower and other resources. And the resources and time needed to bring it at par with world standards are mind-boggling, to say the least. To bridge this wide chasm between demand-supply, there is clearly a need for out-of-the-box and innovative solutions.
Integrating the Western and traditional forms of medicine for India, especially rural India, is one such idea. In rural India and among the urban less-educated, the chemist dispenses medicines for various ailments, without a doctor’s prescription. What’s more, people from these strata repose a lot of confidence in the chemist’s recommendations!
Besides, today in rural India, ayurvedic doctors and homoeopaths dispense allopathic medication, for primary health issues. They even undertake minor surgeries. For people residing in rural India, for whom travelling to a big hospital in town is an expensive and time-consuming affair, these ayurvedic doctors and homoeopaths who dispense allopathic drugs, are the best solution.
India is not alone in proposing such grassroots-level health solutions for its population. China had pioneered village health workers trained in basic health as part of a coordinated system. These health providers came to be known as ‘barefoot doctors’, for they were usually secondary school passouts who were given training at a county or community hospital for periods ranging from 6 to 18 months, and who also worked as farmers in paddy fields where they worked barefoot (and thus the honorific ‘barefoot doctors’). They worked as primary healthcare providers focussed on disease prevention, providing immunisations, delivering pregnant women and helping improve sanitation. Even the World Health Organisation endorsed this program as a revolutionary breakthrough in international health ideology.
According to information provided to Parliament, as on March 31, 2017, there was a little over 10.22 lakh allopathic doctors in India. India has a doctor-population ratio of 0.62:1,000. This is far less than the World Health Organisation recommended 1:1,000 figure. According to the same source of information, India also has 7.37 lakh practitioners of alternative streams of medicine, such as Ayurveda, Siddha, Homoeopathy and Unani. Of these, ayurvedic doctors at 3.99 lakh, and Homoeopathy practitioners at 2.8 lakh make up the lion’s share. Clearly, there’s a serious dearth of doctors in the country.
The Government of India has tried to make rural service mandatory for medical students. But vested interests have always thwarted this effort, leaving those in rural and semi-urban areas without even sound primary healthcare facilities. Also, with the cost of medical education in India being very high, doctors find little financial benefit in practising in rural or semi-urban areas. As a result, the number of doctors practising in rural and semi-urban areas is far less than in towns and big cities. Under such a scenario, making available a bridge course for India’s ayurvedic doctors and homoeopaths who possess basic knowledge of physiology and medicine, to help them provide primary-care in rural, semi-urban settings and remote areas, is surely among the best ways forward for now. Of course, care must be taken to set parameters on the types of diseases and drugs that these doctors are permitted to treat/prescribe.
But in the current situation, the Bill was tabled in Rajya Sabha & then referred to the Standing Committee on Health, it should not turn out to be ‘another bill jo thande baste mein chali gayi’… it will then be a great jolt to the reformations badly needed to be implemented to transform the ailing healthcare system of the country, which seems to be taken for ransom by a certain group of ‘powerful lobby of Drs & Health Evangelists’.

Disclaimer: The views expressed in the article above are those of the authors’ and do not necessarily represent or reflect the views of this publishing house. Unless otherwise noted, the author is writing in his/her personal capacity. They are not intended and should not be thought to represent official ideas, attitudes, or policies of any agency or institution.
Author: Swadeep Srivastava