Abstract: Hippocrates was the first physician to use the term “miasm” which has its origins in the Greek word for “taint or fault”. He postulated that certain infectious diseases were transmitted to humans by air and water tainted by miasms. In late 18th century it was a common belief that miasms were impure airs that were responsible for the spread of epidemic diseases among groups of people. Dr. Samuel Hahnemann realized that the air could carry infectious diseases but he did not consider the pathogenic material to be gaseous in nature. By the late 1790s Hahnemann had realized that syphilis was an infectious blood disease that could mask itself with the symptoms of many different illnesses.Hahnemann synthesized the ideas of the animalcule and zymes (that were inert outside the body could lie dormant until the internal terrain made it possible for them to multiply and caused specific diseases.) and redefined the Hippocratic term “miasm” to express the constitutional derangements caused by parasitic infections. He carefully separated the self-limiting acute miasms from the syndromes of long lasting diseases and started to develop a special Materia Medica and Repertory for the treatment of the chronic miasms.
Here in this article I have tried to bring an outline on the Syphilitic Miasm and the treatment explained by Dr. Samuel Hahnemann for the cure of this venereal disease.
Introduction
According to Dr. Samuel Hahnemann, Syphilis is the second chronic miasm which is more widely spread than the fig-wart disease and which for four centauries has been the source of many chronic ailments. Also called as the miasm of venereal disease proper, The Chancre Disease.
According to Dr. H.A.Roberts, Syphilis is from its inception a constitutional disease and supposed to be contracted from an impure coition.
DEVELOPMENT OF SYPHILIS:
John Hunter says that ‘Not one patient out of fifteen will escape Syphilis, if the chancre is destroyed by mere external applications.
MANIFESTATIONS OF SYPHILITIC MIASM:
Primary Manifestation:
The main mode of transmission of Syphilitic miasm is through impure coition. The only primary manifestation i.e., chancre appears seven to fourteen days after impure coition. First appears as little pustule, which changes into an impure ulcer with raised borders and stinging pains.

Secondary Manifestations:
When the chancre is treated by suppressive measures, the disease attacks the internal organs, tending always to attack that part of organism which is least able to resist . It may be Central Nervous System, Arterial system and Heart, Liver or Intestinal Tract.
Grief, sorrow and worry are the potent influences to develop these manifestations.
The stigma when effects the offsprings, will not show the direct effect in the Primary chancre or ulcer but passes into second generation and develops constitutional tendencies such as deformities, chronic catarrhal conditions of the nose and throat, malformations of teeth and of the bony structure.
MIND:

HEADACHE:
Syphilitic headaches that come on Sunday or when they are away from their usual vocations
<: Night
>: Rest; lying down
HEAD:

OVARIES AND UTERUS:
Generally ovaries and uterus are rarely affected by Syphilis. Psora mainly affects them.
BONES:
Long bones are affected mainly and destruction of tissues occurs.
Due to improper assimilation, Rickets in children may occur.
NAILS:

Abstract A case of vitiligo is being discussed in the following article which was cured by... 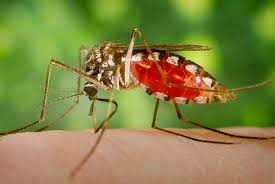