In true sense, Cannabis Indica is the remedy that can be used singly in several cases of different types. I have a bitter experience of its use during my long-termed practice that never left me in lurch, I mean, in the position of uncertainty. In fact, this remedy has been used since early age of my practice, through which I acquired so many surprising achievements and so, the remedy Cannabis Indica occupies a specific space in my heart. Here under, I have laid down two different cases, I think, they would be enough to attract the notion of our readers and wise practitioners. I would like to invite their comments upon these cases, which have been successfully treated and cured with this precious remedy “Cannabis Indica“.

A blonde under influence of Nymphomania

Cannabis Indica is prepared extracting from young and fresh leaves and twigs of hemp in the shape of mother tincture. The leaves of hemp are generally used to smoke or swallowing with water for intoxication mostly in India. Its Indian name is Bhang or Ganja that is mostly smoked by Indian saints and Hippies, an exclamatory word that generally used for American visitors, who come to enjoy in India.

According Hindu mythological sayings, Bhang is the favourite edible of Lord Shiva, under influence of that Lord Shiva provides freehand-boons to their devotees. Mythological saying may, whatsoever be, but it is sure that Cannabis Indica is very important remedy for both the sex-groups, male and female, suffering from most of their sexual problems. In my day-to-day practice, I usually come across the patients, who are cured with this remedy. I apply this remedy mostly, on the patients of both the sexes, who have a tendency of excessive sexual desires.

The sexual desire in males is too increased but he can do nothing while accompanying his partner. He feels violent and painful erection due to excessiveness of sexuality, but remains failure to reach the satisfactory end of his commitment due to having a shrunken and relaxed sexual organ. The male sometimes, discharges as early as he embraces his female partner. In contrary, the female strongly pushed by the excess sexual desire can do every possible effort to satisfy herself, however, sometimes she might have to be the subject of hysteric fits due to severity of sexual excessiveness. I am going to describe here a chronic case of Nymphomania, which had been overcome with Cannabis Indica.

Actually, that case belonged to an unmarried blonde of 30, who, during the period of her menstruation, had been reached the lowest degree of immodesty that no one could believe upon her activities, however, she would have trespassed all the limitations of modesty. That blonde used to become so sexually excited during her menstruation period that putting all her modesty aside, could embrace any one of the strangers under influence of severe attacks of nymphomania. Sometimes, she used to laugh loudly and the next moment she began to weep. She used to request the physicians to check her unclosed breasts, which she felt as if those were going to burst out and seemed to be much heavier. Once, while I was examining her, she pulling my hand put it on her breast that was entirely out of her bra then she requested me for check-up against its unwanted and unshaped growth.

When she was brought first time to my clinic by her mother, she told me nothing about her problems but next time she came with her younger sister then she narrated all about her troubles, under which she was passing on. According to her, she had been habitual of masturbation especially during her menses time as well just before and after the period. She was a chronic patient of nymphomania, since her first menstruation started. I was sure that the case was certainly indicating towards Cannabis Indica, therefore, I administered ten drops of its mother tincture dropping into half a cup of water and instructed her to drink. Her guardians were called and they were instructed also to adopt a proper way of my treatment. After they agreed, I arranged the very remedy to be taken 10-15 drops at a time 4 to 5 times a day.

When she returned to my clinic after a fortnight, I noticed a surprising satisfaction on the faces of her parents, who told me that her menses period just had been passed but she remained quiet and moderate a lot. Thus, she took maximum six months to recover. Afterwards, her parents were suggested to get her daughter married on which they agreed and she got herself married soon. Thence, she was never noticed in nymphomaniac state, in which she had been suffered a long. Ultimately, she got rid of her wretched ailment named ‘Nymphomania’. Cannabis Indica proved, of course, a boon to the rest of her life.

Maddened from the fear of

I am narrating here another case that is quite different from the first one. In the beginning of 1986, I acquired a successful achievement in tackling a very typical case of a maddened person who had been reached the peak point of madness from the fear of a policeman. His madness came into existence two years before he was brought to my clinic for treatment. As soon as he entered the clinic, he caught my feet tightly and requested me to save his life from the police.

After some time while he got relaxed, I was told by the persons who brought him to my clinic that he had been a victim of the misconception that the police would be searching him for a long and either he would be encountered by the police or imprisoned for the whole life. He was repeatedly crying for the help. He insisted me to arrange somewhat I could do for his safety. The patient was so afraid of the police that he was quivering with fear. I noticed his every activity attentively and enquired about the reason of his terror.

During investigation, I found some important clues that might be much helpful to study the case. Later on, I came to know that a policeman had threatened him during a little conflict between that policeman and him. Afterwards, every thing became normal, but the victim had set that threatening in a corner of his mind. From that day forth, he kept silent for some days, but one day all of a sudden, he began to cry for help. Since that time his mental state started getting worse day by day. Ultimately, he reached such a state of mind that seemed impossible to come back to its actuality.

Hearing all that was told me by his guardians, I just recalled an incident that had been occurred while I was studying. In 1972, I was in the final year of my post graduation. Our college was far away from my residential city, so I lived in a hostel-room with my roommate. Once, we went to our friend’s room, where we smoked dry-leaves of hemp and just after smoking, we got so intoxicated that couldn’t balance our bodies. Our tottering legs were unable to follow our command. On the other hand, our mental state was also beyond control. Anyhow, we dared backing to our hostel-room. On the way, we saw two police constables, whom we both understood as if, they would be roaming in search of us. I cried very loudly, “Friend, run away, run away! See ahead, two policemen are coming to arrest us”.

My friend, who was over intoxicated, began to run away not looking back on my instructions, crying in the same tone as that of mine. “Run away, run away! Please don’t leave me alone!” What a ridiculous but shameful scene it was! The people on the way were surprisingly watching our activities, however, we continued running in the same way with out paying notion to nearby surrounding. We were much surprised on our commitment when the hostel boy told us that we both had been laid down unconscious in our room for two days.

As soon as I reminded all that happened with us after smoking the dry leaves of hemp, I wasted not a single moment in selecting a suitable remedy for him. Cannabis Indica was certainly the only remedy that might cure him. Therefore, he was treated with Cannabis Indica Q under instructions to take almost 10 drops of it 4 to 5 times a day. It was not the least surprising that the maddened person became quite normal in a short period of two-three months. Henceforth, he was never seen again in his previously mental state.

Role of Homoeopathy in Ophthalmological Conditions 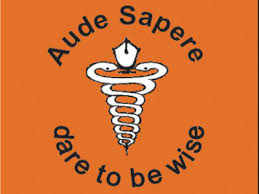 Homeopathic management with the help of constitutional remedy in cases of Hypothyroidism:Dr Varsha NairIntern, BHMSBharti Vidyapeeth (Deemed To Be) University Homeopathic Medical College, Pune, Maharashtra.Abstract:Hypothyroidism is a clinical...