Awareness programme & Free Medical camp on Treatment of Old Head Injury & its after effects.
Bakson Hommoeopathic Medical College  & Hospital Greater Noida, through Department of Materia Medica organised an Awareness programme in various schools on “ First Aid and Management of Head injury “ with scope of right treatment at right time and Scope of Homoeopathic treatment in Head Injury. It was followed by a free medical camp on “Treatment of Old Head Injury and its after effects” .
With the kind permission & support of our CMD Dr.S.P.S.Bakshi  & Principal Dr.C.P.Sharma the programme could be successful. Faculty of Department of Materia Medica  Dr. Ashwini Nair(HOD), Dr.Preeti Laroia, Dr.Kriti Gupta along with PG students Pooja Pandey, Roshni Ahmed, Anuj Kumar, Manju Verma  and Interns Manish Verma, Parag Sharma, Mohd. Ammar Khan worked hard to make the Awareness Programme & Treatment Camp successful.
Awareness programmes were conducted in various schools like:

where students, staff & Faculty members attended the sessions.
All the awareness programmes were conducted by Prof. Dr. Ashwini Nair (HOD) along with the active participation of the Interns Ammar, Manish, Parag & PG Students Pooja & Roshni.
The Awareness programme was followed by 3 days Medical Camp on 28th, 29th,& 30th August 2017 in 2 locations in Surajpur POPD & College OPD with a reasonable response , where Post graduate students & Interns took the consent of the patients & also took the cases in details with the help of screening questionnaire (PHIQ) , for which they were trained priory. For the first time in the history of homeopathy a movie is made, by an American movie maker... 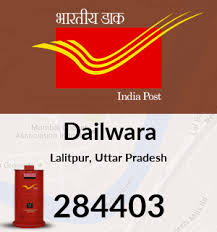 The exercise of opening the 50-bed Ayush Hospital in the village Dailwara in Lalitpur district... Dr. S.G.Biju  has been awarded Best practitioner and Dr. K.L.Babu as Best Teacher by the...