Shabana Azmi is in Sri Lanka for a special appearance in the new season of ITV’s The Good Karma Hospital, the popular medical series about a junior doctor who arrives to work in an Indian hospital in Kerala. Strangely, though the series is located in Kerala it is being shot in Sri Lanka. While a young Nepalese actress Amrita Acharia plays the lead, Shabana will appear in the pivotal role of a homeopathic doctor. While Shabana is not allowed to speak about her character, a source reveals that she will be seen in constant conflict with Amrita’s character, who disapproves of homeopathic medicines. 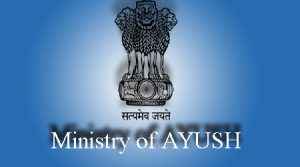 In the budget, money allocated to the Ministry of Ayush has been increased by 13 per cent and...

“Homoeopathy has been attacked by its critics and skeptics, particularly in the field of... It is QUIZ TIME FOR ALL THE BHMS STUDENTS. Participate and get a chance to win Dr Nagendra...