Hyderabad: More and more private players are showing interest in setting up homeopathic medical colleges in the State. After creation of new State, the number of seats in undergraduate and postgraduate courses doubled in last three years, because of private players pitching in to start new colleges.
According to the State AYUSH Department sources, prior to the bifurcation of the United Andhra Pradesh, there were about 60 seats in undergraduate courses in Hyderabad, 30 in Kadapa, 30 in Rajamahendravaram and 50 seats in Gudiwada. Except for the homeopathy medical college in Kadapa, all other colleges in the erstwhile AP were started in private sector but, later, they were taken over by the government.
Though there was demand, no efforts had been made to increase the intake of seats in United AP. But, as soon as the new State of Telangana formed, the government had identified it as a priority area and gave clearance from its side.
This helped the private players to get permission from the Indian Board of Alternative Medicine (IBAM) and other agencies to start new medical colleges, said an official. Following this, two private colleges like Jeeyar Integrative Medical Services (JIMS) homeopathy medical college and hospital in Shamshabad, MNR College in Fasalwadi of Sanga Reddy district had added 100 seats.
Apart from that, construction of one more private college has been completed and it is waiting the nod of the IBAM and other agencies. In addition, two more applications are seeking clearance to start homeopathy medical colleges in the State, the official said. 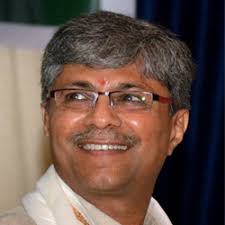 NEW DELHI: Breaking convention of appointing bureaucrats as secretary, the government on...

Dec 22, 2017: A Committee under the Chairmanship of Vice Chairman, NITI Aayog, Additional...