The Cure of Cancer - homeopathy360

Home » The Cure of Cancer

While no informed experienced homoeopath will deny that innumerable cases of tumors have disappeared under the action of the potentized remedy, many, even of our best prescribers, maintain that medicines, taken internally or applied locally, have no curative power if the tumor is malignant. This is in direct contradiction to the testimony of such master prescribers as Hering, Lippe, Wells, my father, Burnett, Clark, Grimmer or R.T. Cooper.
There arc several reasons for this skepticism. It is common experience that a majority of such cases have been too late in consulting the physician. The patient’s vitality is too low to react to the remedy. The prescriber has confined himself to the “cancer” remedies.
Clarke, (Cure of Tumors by Medicine), calls attention to the fact that there is a pre-cancerous stage and says: “A cancerous tumor is stored-up disease. But if the mass is excised without any attempt being made to. correct the constitutional state which has led to. the formation, the chances of recurrence are very great, and the actual condition is made worse instead of better.” That cancer is a disease easily cured by medicine, I should be sorry to assert, but that it is easily influenced by them is mare certain; in a very
large number of cases it has been actually cured; in many others it has been arrested when already developed, and prevented when taken in the formative-stage. Of Burnett he says: “There is no. one in late years who. has cured mare cases of tumor, cancer included. Burnett had a method all his awn, which was rather difficult to. imitate, yet, by a study of his Tumors oi the Breast, Clarke’s The Cure of Tumors by Medicine and Cooper’s little brochure an Cancer, alone, much information an this subject may be obtained and a lot of confirmatory evidence. Cooper’s chief forte was his vast stare of clinical hints, many of which may be found scattered throughout Clarke’s Dictionary, marked R.T.C. in parenthesis.
Grimmer has an imposing list of cancer cures to his credit, two of which have came under my awn personal observation. One was that of a man of 50 who had, according to. biopsy, round celled sarcoma of the left antrum. Symphytum, in a series of high potencies, cured him completely in eighteen months, duplicating a similar cure made by an English physician many years ago, and briefed in a previous issue of this Bulletin. (See also. A.I.H. [out.,
June 1950).
The other case was my wife, who. died of carcinoma of the pyloris and liver a little over two. years ago.. Dr. Gladish suggestcd Cadmium sulph., in which I concurred, but Grimmer was asked to. make a test and found that the sulphate was of the wrong polarity, and the chromate fitted the case exactly. This remedy kept her in fairly good health until she fell and broke a bane in
her left foot. Then she began to fail, but the 10m gave her the mast perfect euthanasia r have ever seen.
No doubt many cases of alleged cancer cures in the past were
of benign tumors. But suppose they were? There must have been
a certain percentage of them that were truly malignant: Surely it
is a miracle that Homceopathy can stimulate and guide the natu-
ral methods of repair and extirpate a neoplasm of any sort. These
methods are, in general, two: suppuration or disintegration, and absorption from within. The cure of a scirrhus mammae with its own nosode, reported by me in June 1951 (see A.I.H. Jour., Mch. 1951), as proved by the healing of the big ulcer and the subjective formication in the breast. The lady was 80 when treatment was begun, 84, when cured, and died at the age of 96 after being overcome by illuminating gas. 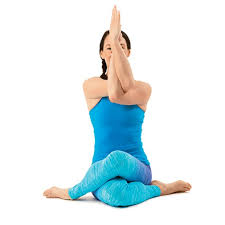 Abstract: The stress and stress-induced disorders such as hypertension, angina and other... Abstract: This article deals with the normal anatomy, physiology, identification of lesions... Abstract The historiography of medicine in South Asia often assumes the presence of preordained...