Definition
Homeopathic drainage is a process of detoxifying the body by opening the emunctories and discharging the toxic accumulation.  Emunctories are our organs of excretion; i.e. liver, kidneys, lungs, stomach, intestines, pancreas, skin, nose, genitals.  Toxic accumulation occurs from both external sources such as medications, pesticides, insecticides, and herbicides or internal sources such as stress and inadequate nutrition leading to metabolic dysfunction.
Indications for Homeopathic drainage

Brief History of Homeopathic drainage
The process called DRAINAGE, in Homoeopathy was devised in France in 1911-12 by Antoine Nebel (de Montreux) and Leon Vannier.
At that time, Homoeopaths believed that many diseases specially the diathesic (called miasmatic by Hahnemann) produced a kind of toxic substances, called by them as “toxins” that were retained by many cells of the body and when present in certain diseases.
On the other side, the theory of Vital Force of Hahnemann was revived as Vital Energy, and was confirmed by the Aura Photography of the Kirlians. This is a confirmation of the Lingha Sharira of old Hinduism.
Toxic organic products were rapidly eliminated when there is a correction of the alteration in the Vital Energy by the similimum in high potency and the aggravation in the process was minimised by the drainage remedies. The drainage consists in treating previously the patient with medicines that did some corrections to the surfacing symptoms and patients became better if the remedies are complementary to the similimum used. As an example, I had a patient of Systemic Lupus Erithematosus with red face lesions. Her father and mother have had tuberculosis which was suppressed by antibiotics before marriage. She presented moderate rheumatic joint pains and nervousness. Her drainage medicines were Rhus- tox 3c for the rheumatic pain and Ignatia-amara 30c for the nervousness, given daily during first 10 days. Then I gave a dose of Tuberculinum Koch 1M-her similimum. There were no violent reactions, and after 2 months her red lesions in face had improved by about 80%, becoming smaller and turning clear orange. Repetition of Tuber-koch IM (two times) every 2 months, cleared the lesions, relieved her of the remaining rheumatic pains and made her more tranquil. I monitored her cure for one year.
As we can see, after drainage, the cure was obtained without pain, fever, or other symptoms that are normally produced when we have an uncontrolled rapid elimination of toxins produced by the curing reactions and caused by the rapid equilibrium in her Vital Energy without body preparation.
When there is psoric, sycotic or syphilitic disturbance or when one or two of the three diathesis are present, without the help of drainage remedies, liver, kidney and the pancreas helped by the skin and mucous membranes will have to work very hard for the elimination of body toxins without the necessary preparation, and fever and pains can appear during such elimination.
The only book in English language on this subject of which I know is “Drainage in Homoeopathy, by Dr E A Maury.” It was translated from the French and printed in England by Health Science Press.
Consulting the Index 1911-1990 of the Br Hom J I came across 5 articles on drainage, of which. Harling ME: Drainage remedies and the liver Br Hom J. 1976; 65: 235-239, is interesting. Leon Vannier in his book, “TUBERLINIQUES”, recommends that all tubercliniques (Tubercular people) should be drained before the administration of the similimum. In Tuberculiniques are included people with family history of Tuberculosis, people with suppressed tuberculosis, and those with active tuberculosis. He points out that drainage is always an individual treatment. He presents a case of violent reaction of a tuberculinic in 1909, to whom he gave a dose of Denys 7C well indicated; he had his first violent reaction, provoked by the remedy, -fever of 104 o F, constipation, scanty urination, and after 3 days had a diarrhoea episode when the patient had 15 aqueous evacuations. This he called “natural drainage” and the fever disappeared.
I believe that drainage is not used in India before the administration of any Tuberculine, and I am seeing this in Jain CB and Jain B: Approach to treating TB cases, NJH 2000. Vol 2, No5: 372. When they gave Tub-bov 1M, single dose to a 8-year Tubercular lymphadenitic boy without a preventive drainage and the boy got a violent reaction with 104-105oF with drowsiness, weakness and appetite poor for a few days the authors said: “Could not understand/interpret this reaction”. The boy was a Tubercular, and a Tuberculine needed a drainage remedy to avoid aggravation.
A detailed discussion on the concept of drainage and its allied concept of canalization can be had from the booklet titled “What we must not do in Homoeopathy” containing articles in French by Dr Fortier Bernoveille, a French Homoeopath.
Translated into English by Dr Rajkumar Mukherji and published by B Jain Publishers in 1974. Here are some extracts from that booklet.
“In each pathological case, there exists in Homoeopathy a single similimum and many similies and the first idea that comes to mind is to apply the similimum with the exception of similie remedies that seem to be palliatives. In reality one soon understands that the rigorous application of the similimum remedy is not necessarily followed by amelioration. If we can prepare the organism by the application of a remedy called satellite or the remedy which by analogy has the symptoms culled from the patient, it happens very often that the similimum may be applied afterwards without aggravation and it seems to act more rapidly and more deeply.” (P52)
“The theory of drainage is, therefore, before all, a theory of purification and of the intoxicated organism that shows symptoms which may be classified according to the successive spheres of the organism and the disappearance of these symptoms cannot be caused in a complete and rapid manner but by the application, generally of many remedies simultaneously or successively. The theory of drainage is therefore a theory of purification. It is necessary to purify the organism of the patient by eliminating the toxin. It is necessary to drain.” (as in the case of suppuration where cure follows elimination of the pus). ( P53) 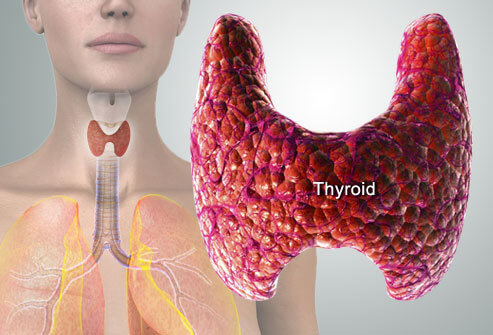 Homeopathy – A Powerful Thyroid Treatment Since the 1800s, homeopathy has been used to cure people from various diseases. The best way to cure thyroid is through homeopathy. It has given some extraordinary benefits when used on people who have...

With the help of this Article you can Know More About Homeopathic Treatment for Hyperkinetic Movement Disorder, Causes, Symptoms, in Child or Adults. Author: Dr.Shwetha Bhat Assistant Professor Department Of Practice of Medicine. Father Muller...