Abstract
Background & Introduction: Homeopathic medicines are extensively used in India and are recognized by the Government for regular management of different ailments. Though factor concentrates are being supplied increasingly at government hospital yet the distribution is erratic and patchy across the country. Present study builds our previous experience and explores the utility of homeopathic medicines along with non-factor managements in arresting the acute bleeding episodes in severe haemophilia patients who has very little access to factor concentrates.

Materials and Methods: Severe haemophilia patients (PWH) having acute bleeding episodes of various types with very little access to factor concentrates who continued to bleed or remained symptomatic at least for 6 hr after all measures (RICE, EACA/ Tranexamic acid locally or systemically, in small number of patients single dose of factor concentrates/ FEIBA or novoseven. Local pressure etc) failed to arrest the bleeding or the symptoms were included in this analysis in this multicentric report. All the patients maintained a bleeding diary. The study was conducted at three centres at Mumbai. Nashik and Surat between December 2007 to march 2014 involving 494 patients between 9 days to 51years of age. Evaluation of bleeding and the degree of relief by homeopathic medicines was done by experts in modern medicine in a blind fashion. Homeopathic Medicines were given by trained homeopaths with experience in treating haemophilia for at least 5 years. For objective selection of medicine computer based repertorisation was initially done using RADAR software and from the list of appropriate medicines the homeopathic practitioner selected his own medicine for the occasion. Efficacy of the intervention was assessed by i) Stoppage of bleeding withinn 6 hr of treatment ii) No drop in haemoglobin of more than 1 Gm/dl over 24 hr iii) No need for blood transfusion and/ or factor insfusion after homeopathic intervention iv) Relief of pain and swelling and other features of inflammation in cases of haemarthrosis.All coagulation related investigation of the patients were done at the haemostasis laboratory of National institute of Immunohaematology at Mumbai, which is an International Haemophilia Training Centre (IHTC). Initial correlation of selection of similar class of homeopathic medicines between three homeopathic physicians at three centres was tested by requesting them to select homeopathic medicines in hypothetical cases and analysing them by Fleiss kappa statistic. Chi square (X2) test was done to see the statistical significance of management compared to those cases where at least one dose of factor concentrate was given.
Results:Four hundred and ninety four severely affected PWH from Nashik (292), Mumbai (182) and Surat (20) presented with 636 episodes of bleeding. Five hundred and seventy eight bleeding episodes (91%) were success fully managed with homeopathic medicines only. In 21 episodes (3.1%) homeopathic medicines failed but responded to additional factor concentrates. 37 patients who received factor concentrates without any apparent benefit in the given time responded to homeopathic medicines. Out of 31 patients who bled with inhibitor (2.4–6.7 BU/ ml) but 23 of these patient responded (65%) to homeopathic medicines. The inter prescriber correlation on the class of medicine prescribed by three homeopathic physicians was substantial (Fleiss kappa of 0.67).Pain relief in these patients were also substantial (87/105 i.e., 83% patient with acute haemarthrosis). Single patient of severe factor XIII deficienct who continuously bled from umbilical stump responded to abrotanum
Conclusion: Homeopathic medicine prescribed by homeopaths experienced in managing haemophilia patients can significantly reduce bleeding and improve symptoms in a large majoriy of severely affected haemophilia patients along with non-factor supportive therapy and can be an alternative way of treating these patients where factor concentrates are not optimally available.

Introduction
Haemophilia is a genetic bleeding disorder resulting from deficiency of clotting factor VIII (Haemophilia A) or Factor IX (Haemophilia B). PWH suffer various kinds of bleeding manifestations during his life time which may range from superficial cut to severe life threatening intracranial bleed. These bleeding episodes include superficial cut, epistaxis, gum bleed due to loss of deciduous teeth, deeper mucosal bleed for e.g., Genitourinary tract or gastrointestinal bleed, acute joint bleed etc. (major joints e.g., knee, elbow ankle are most often affected joints) [1].
In developing country like India where 80% of population reside in rural areas and more than 80% of PWH belong to lower socioeconomic strata having per capita income between 15,000-40,000/year. The exorbitant cost of the standard hemophilia management, the distance need to travel by PWH in order to visit primary health centres, and improper management of haemophilia by the rural physician’s led the scope to use alternative medicines in such constrained situations. With the use of homoeopathic medicines attempts were made to limit this treatment gap [2,3].
Increased usage of complementary and alternative medicine was found among the haemophiliacs due to financial and other logistical reasons. Significant factors associated with usage of these therapy were economic status, comorbidity status and educational status of the family[3]. 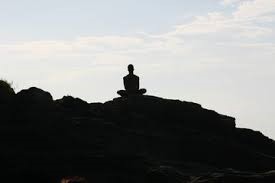