Ferrum is a latin word meaning “Iron”. It is characterized by extraordinary stability of its nucleus. The commonest nutritional deficiency disorder present throughout the world is IRON DEFICIENCY but the prevalence is higher in developing countries. As ferrum resembles for ANEAMIA but is not absorbed in the form of ferrum. It’s mainly absorbed from duodenum and upper jejunum (active absorption). It is important for the formation of Hemoglobin (Hb), Myoglobin and certain essential enzymes. There are two types of iron

Fig: 1 – Iron absorption cycle
It’s a Group of transition elements of IV period from atomic number 22-30. Titanium, Vanadium, Chromium, Magnesium, Iron, Cobalt, Nickel, Copper, Zinc.
Iron Deficiency is caused mainly by inadequate dietary intake and chronic blood loss. The less common cause of iron deficiency is decreased intestinal absorption of iron as in intestinal malabsorption and patient of gastrectomy. Excess of iron is due to increased absorption of iron as in idiopathic or primary haemochromatosis and chronic alcohol consumption, Ineffective erythropoiesis which stimulates iron absorption even in the presence of large iron stores as in beta thalassemia and sideroblastic anaemia, Chronic parental administration of iron and multiple blood transfusion with bypass the mucosal controls as in thalassaemia.
Doctrine of signature: – Iron is the strongest and stable metal. As it is stronger and stable the ferrum personalities are solid, stable, resolute and firmly fixed in faith. Iron when heated becomes red hot. Ferrum personalities cannot bear contradictions
GENERAL FEATURES OF FERRUM
Suited to weak, anaemic persons with irregular distribution of blood and great pallor of lips and mucous membrane.
(Consequently great fatigue and breathlessness and every motion will set up the symptoms)
Anemia under the mask of plethora and congestion .
MIND:    The evolution of Mind follows:

MIND: The main theme of ferrum group is CHANGEABILITY, EXCITABILITY, ERATIC OUTBRUST, EMOTIONS.
Here Ferrum Group is duty oriented. They usually have high morals, standards very minor faults may be seen as major misdeeds. They can’t sit still and do nothing. Here it is compared with Kali’s as duty conscious resembles ferrum but in kali impetus come within themselves, they just carryout what they seen to be their task.
Major action – SKIN- urticaria, Eczema
GIT – Flatulent dyspepsia, recurrent gastritis, ulcerative colitis.
Respiratory system – Allergic rhinitis, Allergic bronchitis, Bronchial asthma.
According to Synthesis Repertory

Ferrum remedies used rarely in clinical use:
Ferrum Aceticum:
Common Name, Acetate of iron.This is a dark brown uncrystallizable mass. This remedy is indicated in severe anaemia and debility.It should be thought of in thin, weak, pale children who grow rapidly and are always exhausted, and especially if they suffer from haemoptysis and epistaxis. It is also of service for women suffering from metrorrhagia when they present symptoms of severe anaemia and debility.
Ferrum Picricum:
Common Name, Picrate of iron. When evaporated at a low temperature it is a crystalline, reddish-brown mass. Acts best in dark-haired patients, plethoric, with sensitive livers.Warts and epithelial growths; corns with yellowish discoloration. Senile hypertrophy of the prostate. Frequent micturition at night, with full feeling and pressure in rectum. Smarting at neck of bladder and penis.
Ferrum Arsenicum:
Common Name – Arsenite of iron. This is an important remedy in cases of simple and pernicious anaemia and chlorosis, when there are indications for both of these important remedies. It should be remembered in the case of patients with enlarged liver and spleen, due to chronic malarial infection, when the patient is pale, emaciated, jaundiced, constipated and has taken much quinine.The appetite may be good, but the digestion is impaired, and the stool contains much undigested food. There may be chronic diarrhoea. It is to be thought of in diseases of the skin, when it is dry rather than moist. It has benefited eczema, impetigo, psoriasis and even lepra.
Ferrum Iodatum:
Common Name, Iodide of iron. If anhydrous, it is white, and otherwise it comes in green deliquescent crystals. This remedy is indicated in anaemic, scrofulous individuals who suffer from glandular enlargement, tumors and uterine displacement, and in all cases where the strength is impaired, the appetite is poor and the digestion is imperfect.In cases of phthisis, when the patient is anaemic and suffers from coryza and a catarrhal charge from the nose, trachea and bronchi is present.The chest feels sore and there is distress beneath the sternum accompanied by haemoptysis.In the female the menses may be suppressed.There is itching and burning in the vagina, with uterine displacement, so that she complains of a sensation as though something were pressing upward whenever she sits down. When acute nephritis follows one of the eruptive fevers it should be studied. The urine is dark and there is frequently difficulty in retaining it. This has led to its successful use in the incontinence of urine in anaemic children.
Ferrum bromatum
Dry mouth & nose relieved by coryza . Dead numb Feeling of the scalp. Unconscious moaning after stool, burning in urethra when urinating, sticky excoriating leucorrhoea. Heaviness & discomfort in uterus,
SPERMATORRHOEA WITH ANAEMIA,DEBILITY & DEPRESSION


Other remedies:
Ferrum pernitricum— Used in the diarrhoeas of India, diarrhoea of phthisis, diarrhoea in feeble and nervous female and diarrhoea in scrofulous children with enlarged glands.
Ferrum ammonium sulph, Ferrum mur  As astringent and styptic.
Ferrum citricum— Used in anaemia.
“STAYING WITH A TASK NOT GIVING UP” – FERRUM
References: 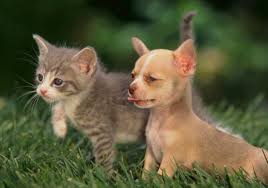 Homeopathy has a major role to play, writes John Saxton The first problem to overcome in... Abstract Headaches are common in children and adolescents. Among children 5 to 17 years of age... MIGRAINE : Migraine is a form of recurrent head ache which affects both sexes . It has been...