PANAJI: The directorate of technical education (DTE) has asked students, aspiring to pursue homeopathy and ayurveda degreee programmes, to answer the Goa Common Entrance Test (GCET), besides applying for the National Entrance and Eligibility Test (NEET).
The state is hoping for an exemption for Goa homeopathy and ayurveda students from answering NEET for the academic year 2017-18. Former Goa chief minister Laxmikant Parsekar had written to Union minister for Ayush, Shripad Naik, seeking the exemption, which the state is hoping will be granted to it.

“Goa students answer the GCET, which is based only on the Class XII syllabus. But the NEET is held based on the syllabus of class XI and XII. The ministry of ayush had declared in February that homeopathy and ayurveda seats for 2017-18 in Goa, too, would be filled considering NEET scores. We fear it may be too late for Goa students to prepare for the class XI syllabus as well,” a state official said. Officials worry that Goa students may lose out in the bargain.
Goa has 50 homeopathy and 60 ayurveda seats on offer. Admissions to these seats were carried out based on GCET results until last year. Medicine and dentistry seats in Goa, which were also being filled based on GCET scores, will now have admissions being carried out based on NEET from 2017, as per last year’s Supreme Court ruling.
Around 2,000 aspiring students from Goa are expected to answer NEET in 2017 for seats in medicine, dentistry, homeopathy and ayurveda.
Post Views: 50 Dec 22, 2017: A Committee under the Chairmanship of Vice Chairman, NITI Aayog, Additional... 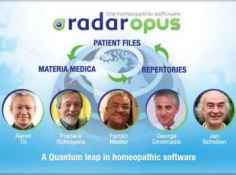 This offer is applicable for Indian nationals and valid till 1st August 2017. Hurry and Grab the... Thiruvananthapuram: The state government’s point is to bring all treatment strategies...