THYROIDINUM : A SISTER OF CALCAREA - homeopathy360

Home » THYROIDINUM : A SISTER OF CALCAREA

It  is  fifth  in line with Agaricus,  Baryta , Calcaria,  and Natrum   having  the  symptoms  of  delayed  mile  stone  that  is slow / late /delayed  healing  of  umbilical  cord,  closer of skull  bones, teething problems, late learning  to  walk, delayed development of speech of  babies, delayed  appearance  of  secondary sexual  character i.e. mostly related  with syndrome like hypothyroidism  as  well  as  early  senility , menopause etc  (of  hyperthyroidism). In  broad  sense   other   two  medicines  having  these  symptoms are obviously  Sanicula and Insulinum.

THYROIDINUM  is  one  of  the  most  essential  medicine required in  our  daily  practice more  particularly for treating  the  pediatric  cases. The  application  being  extended  from  the  treatment  of  babies  even  when  in  uterus   — to  the   days  of  parturition.  But  the  use  always  want  some  close  consideration,  because  it  is  not  a  well  proved  drug. It’s  applications are only based  on  some  clinical  verification.
Below  I  am  giving  some  indications,  on  the  basis  of  which  I  prescribe  this  remedy  almost  regularly.

In homeopathy every judicial application, always carry only a particular  procedure,as , having some similarities of uncommon rare  strong mental and physical symptoms between patient and medicine . Thyroidinum  , merely is a  clinically proved medicine  and utility of its regular application in daily practice can be: Abstract: Baby girl of 1.6 years belonging to Mangalore has presented with the complaint of... Introduction Adjustment disorder is a short-term condition that occurs when a person is unable... 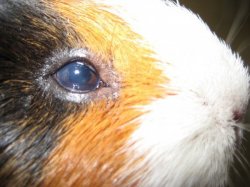 The experience described here is that of a beginner in Homoeopathy. I hope, however, that it may...