While the world asphyxiates in a time of increasing medical insecurities, India finds assuage in Ayurveda, Unani, Siddha, Yoga, Naturopathy and Homeopathy treatments. The country is now focussing on further research and augmentation of the facilities.

With a novel ministry that found existence in the regime of Prime Minister Narendra Modi, AYUSH is adding value not only to the millions of patients, but, also to the substitute economy of India’s medical tourism. The Minister of State (Independent Charge) for Ayush, Shripad Yesso Naik revealed in Lok Sabha that India now holds a total of 3,590 hospitals providing various AYUSH medical treatments. Functional for almost a year now, the ministry mentioned, in a statement, the success of 2,820 Ayurvedic hospitals, 256 Unani medical centres, 273 Siddha hospitals, seven establishments exclusively for Yoga, 30 for Naturopathy and 203 homeopathy clinics in India.

The Central Government, through centrally sponsored scheme of National AYUSH Mission (NAM), extends support for promotion of AYUSH healthcare to the States and Union Territories for co-location of AYUSH facilities at Primary Health Centres (PHCs), Community Health Centres (CHCs) and District Hospitals (DHs) for development of infrastructure, purchase of equipment & furniture and supply of essential AYUSH medicines. NAM also extends support for the development of AYUSH educational institution, quality control of Ayurveda, Siddha, Unani & Homoeopathy (ASU & H) drugs and Medicinal Plants. Further, under National Health Mission (NHM), support is provided to States/UTs for strengthening their healthcare systems, including mainstreaming of AYUSH based on the requirements posed by the States/UTs in their Programme Implementation Plans (PIPs). These supports also include support for engagement of AYUSH doctors/paramedics in public health facilities.

According to the latest government release, Shripad Naik in his statement at Lok Sabha said, “The AYUSH Ministry has set up National Institutes and Research Centres in a few states, which will be extended to other states gradually. Post Graduate courses in AYUSH medicine have been started in these National institutes to meet the demand for good quality professionals. The AYUSH Ministry is working with the Ministry of Health & Family Welfare to provide AYUSH Medicines at the 3,000 Government medical stores across the country.”

The government of India, in its attempt to make AYUSH a sustainable and far-reaching medical solution to the world, is also introducing higher education in the sector. Efforts such as establishing two postgraduate institutes of Yoga and Naturopathy Education and Research with 200 bedded hospitals at Jhajjar, Haryana, and Nagmangala, Karnataka are part of the programme.

There are already 607 (341 Ayurveda, 52 Unani, 10 Siddha and 204 Homoeopathy) AYUSH Medical colleges functional at present in the country. The minister announced that he has by now received 163 proposals (108 Ayurveda, one Siddha, nine Unani and 45 Homoeopathy) from States and UT governments as well as private applicants seeking permission for opening of AYUSH Medical Colleges in 2016-17. Out of 163 proposals, 159 proposals have been forwarded to the Central Regulatory Councils. 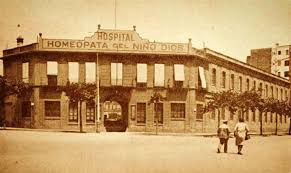 In the latest biannual survey carried out by the Spanish Foundation for Science and Technology...