Vinnytsia Pirogov Memorial National Medical University is one of the oldest and the most respectable State Higher Medical Schools in Ukraine. It was founded in 1921. Today the teaching staff of our University is 730 persons. Among them there are 97 Doctors of Medicine and 465 Candidates of Medicine,  31 Professors and 273 Associate Professors correspondently.

In 2006 the Course “The Bases of Homoeopathy” was at the first time introduced at Vinnytsia Pirogov Memorial National Medical University. I can’t but emphasize that it was Professor  Vasyl M.Moroz, MD PhD, the Rector of the University, Academician of the Academy of Medical Sciences of Ukraine who has introduced this subject into the educational schedule. Due to his progressive thinking and high professionalism in the field of medicine Professor Vasyl M.Moroz has estimated the significance of the realization on a world scale of the homoeopathy development strategy worked out by World Health Organization (WHO), European Committee for Homeopathy (ECH), Council of Europe and by Ministry of Public Health of Ukraine.
During two first academic years  homoeopathy was taught according to the Program approved by the Ministry of Public Health of Ukraine due to which the total amount of  the academic hours were 28  (14 hours of lectures and 14 hours of practical lessons). In May 2008 in the connection with the introduction of a new educational methodology (the European Credit – Transfer System – ECTS) a new Program on “The Bases of Homoeopathy” was approved by the  Ministry of Public Health of Ukraine. This Program comprises the main units of homoeopathy and is meant for 30 hours of practical lessons and 15 hours for students’ individual work. The lectures are not planned.
The aim of the course “The Bases of Homoeopathy” is the creation of the integral idea about the basic theoretical and methodological aspects of homoeopathy as well as acquiring skills of  its use in clinical conditions.
During the three academic years 1197 Ukrainian students and 246 foreign students from 31 countries studied homoeopathy. The teaching of foreign students was conducted in English and in Russian.
We teach homoeopathy to the 4-year students. They are the persons having already formed allopathic, fragmentary thinking as well as allopathic perception of a healthy and a sick person, his disease and the treatment way. They believe that allopathy is the only existing treatment way.
Usually at the first lesson we investigate the primary level of the students’ knowledge on homoeopathy and also their attitude to this subject offering them to fill in the brief questionnaire. During these years there were no student (neither Ukrainian nor foreign) who would be able to explain perfectly what homoeopathy is, what homoeopathic remedy is etc. at the first lesson. None of the 4-year students of our Medical University had also the right idea as for the principles of homoeopathy. At the best, the students who are going to become  allopathic doctors  consider  homoeopathy to be phytotherapy or folk medicine.
Three and half years of teaching “The Bases of Homoeopathy” at Vinnytsia Pirogov Memorial National Medical University resulted in the creation of our own methodological approaches to the forming the students’  correct integral idea about  homoeopathy as a  scientific method of treatment, a strong powerful therapeutic system which is based on the fundamental natural laws. The main points of  this approach are the following:
I believe that the most important thing is to show the students those patients to whom homoeopathy had already brought healing. That gives the students the possibility to see not only patients’ present state during the examination but also the remote result of the homeotherapy.  To my mind, this approach is the best way of demonstration of the homoeopathic treatment effectiveness, its possibilities and its place in modern medical practice.
At the same time a peculiar feature of our course is the broad usage of the patients’ medical reports and video interviews (the convincing follow-up from 1 to 7 years).
Already after a few next lessons all the students turn into the supporters of homoeopathy understanding well the importance of the use of homoeopathy in the clinical practice. At the end of the course “The Bases of Homoeopathy” all the students are grateful for the knowledge obtained.
Summary 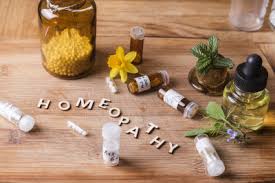